I couldn’t believe people spent $160 a month on their cell phone bill until I saw that on Reddit. Why? Because I pay less than $160 for an entire year. And that means over the past three years I’ve saved thousands of dollars ($5,364 to be exact).

Now, wouldn’t you rather have a few thousand dollars to take a vacation to Paris, or eat at some three star Michelin restaurant, or maybe just pay off some debt? Of course you would. So here, let me show you my actual monthly bills so you know I’m not lying. 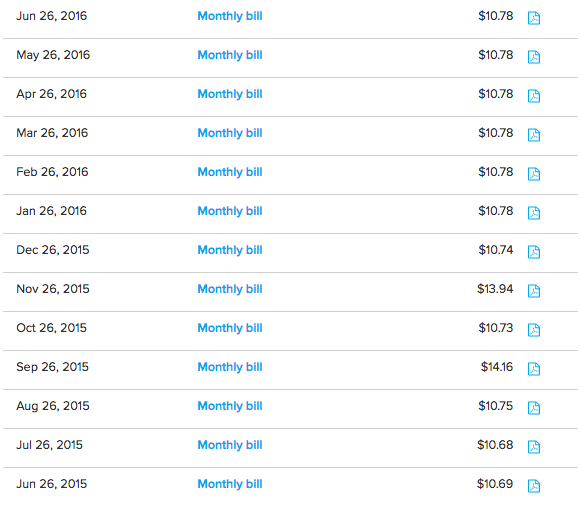 Before I tell you about Ting, let’s first review how service providers make their money. The old model was you got a free phone but you ended up in some long-term contract. But the phone wasn’t really free because the cost of it was buried in your cell phone bill.

And when your contract was up your provider dangled a shiny new phone in front of you and that made it really hard to tell them they’re the worst company in the world and you’re leaving them.

So, you signed another contract, and got another phone, and they loved you for that because you were perpetually in debt to them.

(Btw, this model isn’t new. There used to be 40 million people who rented landline phones, and every so often someone discovers their grandma is still paying the phone company hundreds of dollars to rent a phone.)

Things are starting to shift in the consumers’ favor though. During Apple’s most recent quarterly report they sold 16% fewer iPhones, and this might indicate smartphones have finally reached a saturation point.

You see, there are basically three ways a provider can grow. They can increase their prices, they can lower their costs, or they can get more customers.

When AT&T had the iPhone it was really lucrative for them because it accomplished two of those things: It was expensive (increase your prices), and they were the only one that sold it (get more customers).

But now that everybody who wants a smartphone has one the only remaining option for providers to grow is to get more customers. And that means stealing them from the competition which is why I’m excited to tell you about Ting. Because I want them to steal you.

1. Save massive amounts of money 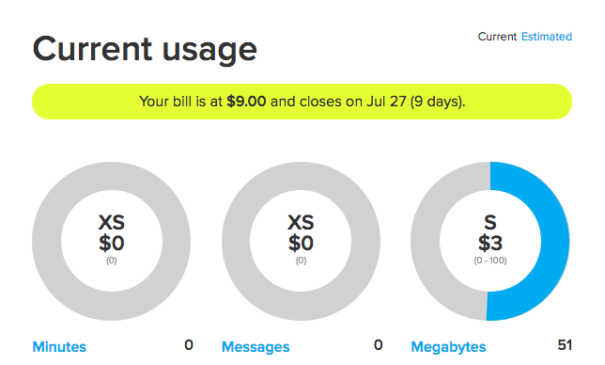 How can it be so inexpensive? First, I transferred my number to Google Voice which lets me use the Hangouts app on my phone to text and make calls, which are both done using data. And because I’m on Wi-Fi most of the day this data is free.

And even if you don’t get all fancy like I did Ting says their customer’s average bill is under $30. You can estimate how much money you might save with their calculator (because you should always run the math before making decisions).

Ting offers monthly rates based on your usage. You start out each month with a $6 fee per device and as you use minutes, texts, and data, you move up through the small, medium, large, and extra large service levels.

Here’s what they charge (and they’re one of the few companies that actually lower their rates). 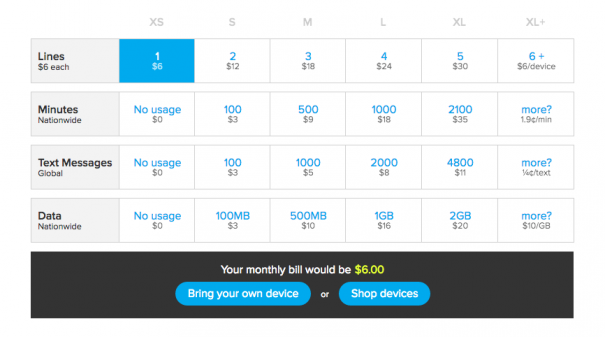 By paying for only what you use, chances are pretty high you’ll save money with Ting (like 98% high). And if you’re like me, taking a simple step like using Wi-Fi when you’re at home or in the office you can save even more.

Even though I’ve been with Ting for 1,000+ days I’m not married to them. If the cost goes up or another provider becomes a better option I’ll look to switch (and with no contract that makes it easy).

But so far I’ve been happy with my savings of $5,364. So run the numbers and find out if you can save money, too.

And when you’re ready to switch use this link to get a $25 credit. And please know I only recommend products and services I use and trust.