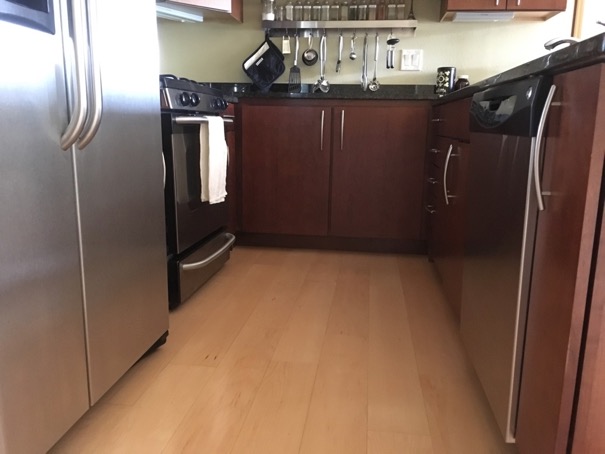 I’m reading a thread on Reddit on how far people go to save a few pennies.

Did you know people cook lasagna in their dishwasher right along with the dirty dishes, so they don’t have to use the oven? (And yes, I found out it actually works.)

Ofer H. Azar, an economist at Ben-Gurion University in Israel, studies how we don’t spend our time very efficiently when it comes to money.

This makes no sense.

Because we shouldn’t be spending our time trying to save 25 cents on bananas by driving 17 miles out of our way, but on the big wins. And the biggest win when it comes to making more money is negotiating your salary.

Now, a common question I’m getting these days is, “How do I earn more money?” There’s a lot of advice on this site about that. Quitting, raising your rates, getting a raise, rewriting your resume.

But the biggest mistake people make when it comes to earning more is during salary negotiation: You should never give the number first, because whoever gives the number first is the loser.

I’m going to tell you that not giving a number first sounds easier than it really is. Why? Because you have to be willing to walk away throughout the hiring process. And I know walking away isn’t always a luxury you have.

So, here’s the best way to navigate it.

1. Sneak in the back door

My friend was able to avoid the electronic application process that requires you to give a number first because he got the employer interested in him. How?

By sending a cold email to the hiring manager through LinkedIn.

By networking your way in and dealing with the hiring manager directly you might be able to avoid coming through their formal application system.

This won’t always work, but it’s worth a shot.

2. Turn the question around on them

If you manage to avoid giving a number during the application process, there’s still a good chance you’ll be asked by the recruiter or hiring manager. This is where you keep turning the question around on them.

What’s your current salary? What did you make at your last job?

“My current employer considers their pay grades confidential, and this position isn’t exactly the same as what I’m doing  now. Let’s discuss what my responsibilities would be first.”

(By the way, in 2016 Massachusetts became the first state to ban asking for salary history.)

What salary range are you looking for?

“I’d really like to talk about the job requirements and expectations first, so we can figure out if what you need is a good fit for both of us.”

What are you looking for in terms of salary?

“I’m sure the salary you’re paying is inline with the market.”

I need to know what salary you want to make an offer. Can you give me a range?

“I’d appreciate if you could make an offer based on what you have budgeted for the position, and we can go from there.”

You might feel like you’re being difficult or playing games. You are. You’re just playing the same game they’re playing, so don’t feel bad about it.

3. Decide to answer or walk

At some point you might have to choose between answering the salary question or walking away.

Remember, with any negotiation — buying a new car, signing a contract, even in dating and relationships — the strongest position is being willing to walk away and mean it.

Most people don’t have the option of walking away every single time, so you need to be prepared with a salary range based on research about what comparable positions pay in your area.

Use Glassdoor, PayScale, or Salary.com for this information.

Here’s the thing. I’ve talked with lots of hiring managers who say they were prepared to pay someone $75,000 for some position but were hoping to pay $60,000.

They’re just trying to be a good negotiator. That’s their job — to pay you the least amount possible. And if you give in by giving a number first you’ve lost.