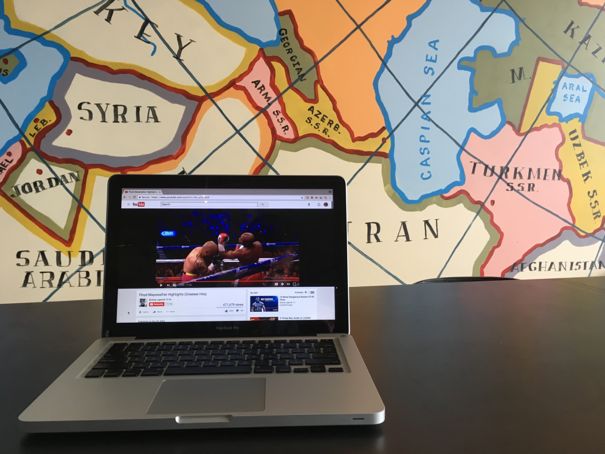 I’m at a coffee shop watching boxing videos. It’s one of those things where I have no idea how I ended up here. But I can’t stop watching because the sport is so simple and raw and I like that.

Now I’m wondering if he keeps his $123 million in a savings account because when you’re rich investing doesn’t matter. So I’m googling if he invests but find his Instagram and it’s a fascinating glimpse into his spending.

“I’m blessed to wake up every morning, certain that my bank accounts are growing. Making 7 figures monthly without moving a finger, just further proves that I’ve made brilliant investments and decisions that allow me to walk away from the ring, comfortably.”

I think we can all relate to this cycle. Because in my 20s I was buying a BMW, living in a fancy condo, and flying airplanes for fun. I was working, getting money, spending money, and working again because I had to pay for all that stuff.

Most people will do this their entire life. But what if they changed their mindset so instead of working to spend all their money, they were working to save, and saving to invest, so they could stop working?

Well, that’s what financial freedom is.

Now, you might love your job and can’t imagine not doing it forever. But you still need financial freedom you just need it later in life like when you’re in your 60s and you have to quit. Retirement is the same thing as financial freedom.

So if you decide you need to be saving and investing you should know it’s okay if you’re starting out with small amounts. You can start with $50 or $100 a month because what’s more important is building the habit.

And that saved money? Sure, you can keep it in a savings account. The very best savings accounts grow your money at 1% so if you’re saving $50 a month in an account that pays 1% then after 30 years you’ll have $21,292.

You can do better than that by investing it. When you’re investing you can get a 7% return over the long term. Where does the 7% come from? For one, Warren Buffett. He said:

“The economy, as measured by gross domestic product, can be expected to grow at an annual rate of about 3% over the long term, and inflation of 2% would push nominal GDP growth to 5%. Stocks will probably rise at about that rate and dividend payments will boost total returns to 6% to 7%.”

You might be worried about losing money when you invest. Yes, you will lose money. Because on average the market goes down by 10% every 11 months, 20% every four years, and 30% every decade. Investing isn’t a straight line. Instead, it looks like this.

That’s the market over the last five years. Do you see all those dips? You’re losing money all the time. But if you can deal with the short-term volatility you’ll be rewarded over the long term.

The difference between 1% and 7% can change your life, and that’s why investing is so important.

If you want financial freedom it’s not about working harder, or smarter, or longer. It’s about making the shift from working for money to having your money work for you, and you can’t do that by saving, you have to invest.