The year was 2001, I was 21-years-old, with one semester of college left. I wasn’t taking school very serious anymore, so me and my roommate we were going through cases of Natural Light beer every week. While I was having fun celebrating the last days of fraternity life, I was also looking forward to the next stage of my life – a nine to five job I had accepted in Madison, Wisconsin.

After graduation I made the move from Illinois, settling into a run-down studio apartment in a seedy neighborhood. It was cheap at $425 a month, but I was so broke I had to borrow the security deposit and first month’s rent from my mom. Nevertheless, I was excited because I’d finally be making adult money; here’s my very first paycheck: 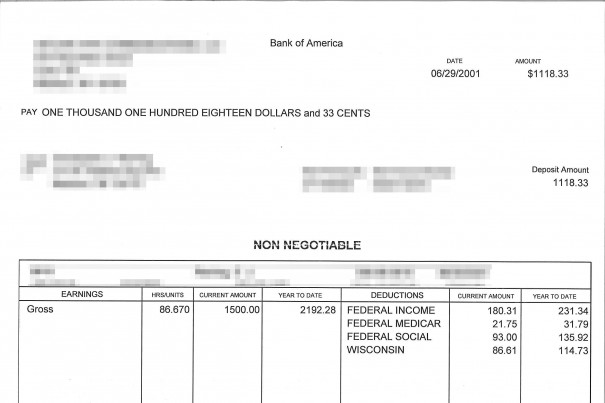 With good money coming in, I decided to buy a new car because I was embarrassed to pick up dates in my 13-year-old Chevy Celebrity that was rusting everywhere. Looking back, I realize I was following the life script that was ingrained in me: get a college degree, land a nine to five job, and buy a new car.

One year later my apartment lease was up, but I chose to renew even though my finances had stabilized and I could afford a nicer place (people were smoking marijuana and playing dice in the hallways). The following year I found a better job, and moved downtown to an upscale 650-square-foot apartment with a lake view.

But a swanky apartment wasn’t enough; to show everyone I was successfully navigating adulthood, and to keep on track, I needed to buy a house. So I saved for a down payment, creating automatic monthly transfers of $1,000 from my checking account to an online savings account. That put the money out of reach so I couldn’t spend it. Three years later I had saved $40,000, enough for a 20 percent down payment on a $200,000 house.

It’s now 2006, and I was 26-years-old, ready to achieve the American Dream of buying a house. I signed over all my hard-earned money, and that was probably the worst financial decision I’ve ever made. 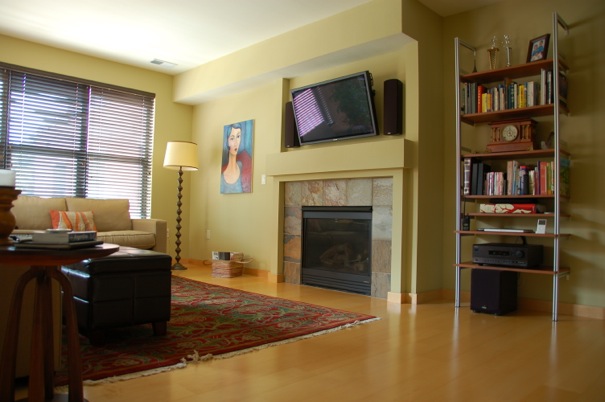 Recently, many people have emailed to say, “I finally have enough money to buy a house,” or “I’ve lived in an apartment for 10 years, it’s time for me to buy.” Like those people, and probably you too, I thought I was making the best decision to buy, but I hadn’t done any homework, or the math.

It was my own fault for not becoming an informed buyer, but I also felt the social pressure:

As it turns out, what I believed about buying was flat-out wrong, and because I didn’t do the math for the biggest financial decision of my life, I’ll eventually realize two losses – the property selling for less than what I paid, and the potential profit from putting the $40,000 to work for me.

Belief #1: Renting is throwing money away

The Times has a beautiful calculator to help determine if it’s a better financial choice to rent or buy, and I think it’s a great litmus test to steer you in the right direction. 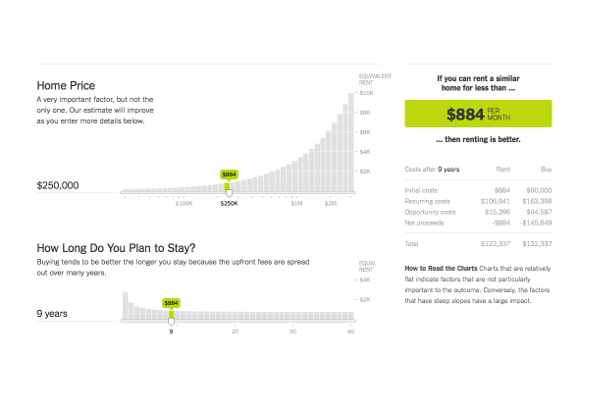 But the issue I have with that calculator is it doesn’t factor in the soft costs of owning a house:

If we reasonably assume our time is worth $20 an hour, and we’ll spend 8 hours a month on those things, that’s $2,000 a year in labor that renters save.

Plus, with a house you’re still throwing money away; keep your checkbook open for property taxes, homeowner association fees, maintenance, replacing things when they break, and then break again, replacing the roof, and keeping it up-to-date. You can figure to spend up to 50% of your mortgage payment on those things.

Belief #2: A house is the best investment

Historically, it’s a bad one.

But if we calculate the compound annual growth rate over that timeframe it’s 5.39 percent. The stock market – the S&P 500 – returned 10.45 percent. Here’s what that 28-year difference looks like: 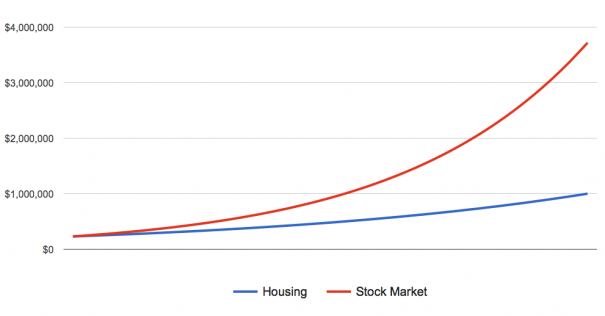 Over the same time period the stock market returned an inflation-adjusted 6.27 percent. That means a $5,000 investment in the market would be worth over $8 million. That’s called the opportunity cost – when you choose to use your money one way, rather than another.