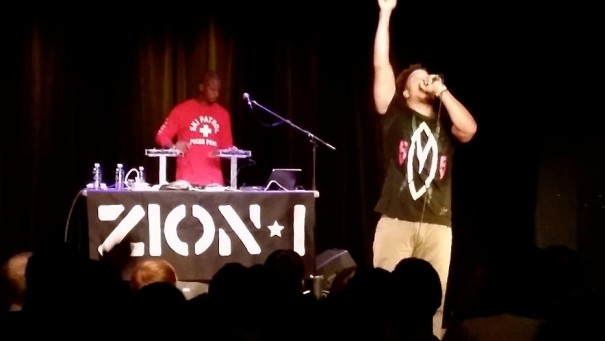 Last week I went out on a school night. I almost didn’t because it was 10:30 at night and I hadn’t left my house yet and my bedtime was in 30 minutes. But I got the motivation to put on my Converse and head over to where Zion I, a skilled hip hop group from Oakland, California, were going to play.

After the show my buddy and I decided to have a nightcap. It was 1:00 in the morning. We’re in our 30s now and never go out so the conversation turned toward the crazy amount of partying we did together in our 20s. He said he was just young, happy, and having fun. I said I was miserable and self-medicating.

I didn’t know that then. It was before I went to a therapist and spent years attending a 12-step program. I thought hangovers and destructive relationships were normal.

Many of us equate money to happiness. And it’s true, sort of. Research has shown that happiness rises with income, but only up to $75,000.

After reaching that threshold there’s no more happiness to be gained. But the research doesn’t spell out if that amount works in New York City, where the cost of living is much higher than a city like Cincinnati, Ohio. Nevertheless, there’s a threshold.

And you might think if you have more money you could buy more things which will then make you happier. True, more money enables you to get a better car, a summer vacation home, or a Michael Kors handbag (please do, I own the stock).

But buying stuff is the equivalent of getting drunk, it only temporarily soothes our unhappiness. I have to work at being happy. That sounds absolutely ridiculous but it’s true. I even have Google Calendar set up to email me three times a week to remind me that happiness is a choice:

Many of us are competitive. We’re driven to win by societal pressure, by our parents and the values they instilled in us, and by the performance of our peers and friends.

So we strive to make the highest salary, to climb the corporate ladder rung by rung, and to compare what we have to what other people have. This mindset of “win at all costs” makes us cut corners and even commit crimes, like the spectacular $275 million scandal between a doctor and a hedge fund trader.

We should always seek opportunities to get out of our comfort zone, face our fears, and improve ourselves. But the drive to do so needs to come from within us, not from comparing ourselves and what we have to someone else. Improving ourselves isn’t a game to be won or lost.

And when I struggle with this I turn to Arnold Schwarzenegger for inspiration.

Seth Godin wrote that calling someone across the world, starting a car, or having electricity come out of a little hole in the wall used to be really hard and it was amazing when it worked. And now we take all that stuff for granted. But do we ever stop and appreciate all the modern conveniences we have in our lives?

When I was flying from Rome back to the U.S. earlier this year my initial flight was delayed by an hour. This set off a chain reaction of flights that had to be rescheduled in order for me to get home. When I was standing in the long line at the service desk of Air Canada in order to book new flights, I met a woman with the same itinerary that I had.

She spent most of the time in line bashing the airlines, their inept workers, and the amount of time they were forcing her to waste. When she reached the desk she berated the guy who was helping her. He got fed up with her and made her go to the back of the line.

Did she realize that having the ability to actually fly – through the air – is amazing? Think about it. You’re sitting in a chair in the sky and traveling at 550 miles per hour. New York to San Francisco in less than six hours. In the late 1800’s it used to take people 83 hours on a train to do that, and they had to sit on a hard wooden bench.

I like to jot down on paper a few everyday things I’m grateful for that my great-grandparents couldn’t afford, or couldn’t even imagine. Like flying across the ocean, the internet, or smart phones.

The First World loves to consume. But just as we should practice information dieting we should also practice the art of consuming less. Maybe a good time to start is next month when Americans will shop over Thanksgiving weekend. Last year the damage from Black Friday to Cyber Monday topped $57 billion.

There’s no getting around the fact that we live in a period when conspicuous consumption is normal. Victor Lebow, an economist, brilliantly called this out in an article from 1955:

“Our enormously productive economy demands that we make consumption our way of life, that we convert the buying and use of goods into rituals, that we seek our spiritual satisfaction, our ego satisfaction, in consumption. We need things consumed, burned up, replaced and discarded at an ever-accelerating rate.”

But living a disposable lifestyle doesn’t make us any happier. Finding happiness comes from within, it’s not something that can be purchased from Amazon. Once we recognize that, we can make the liberating decision to be content with the possessions we already have.