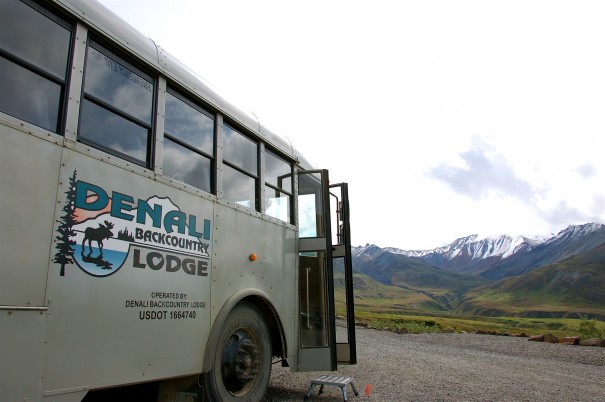 I am tapping away on my keyboard while riding on a Megabus. Due to logistics, rather than make a 10 hour roundtrip drive by myself, I decided to take a bus one way and get a ride back; saving  my everyday dollars of course. This is my first time on Megabus.

For those unfamiliar with Megabus, it is an inter-city bus service that is a step up from Greyhound. They advertise $1 bus rides, double decker buses, electrical outlets at every seat, and free wifi. Too good to be true? Let’s find out.

They sell seats for that amount but from what I understand they only sell 2 of them to the very first people to book tickets. I paid $32.50 one way for a trip that covered 268 miles. In my vehicle, which gets 30 MPG, the trip would have run me about $36. So that is pretty much a toss-up, not considering the wear and tear on my vehicle.

As for the double decker buses, they are in fact nice – clean, decent bathroom, reclining seats, plenty of leg room, and from my perch on the second level it’s nice to peer down into the cabs of semi-trailer trucks for once.

Prior to boarding, I was concerned about the outlets and the internet. I had done some research upfront and found that there were issues with both; a lot of people online expressed their dissatisfaction that neither worked reliably. And these were must-haves because I needed to work en route.

I’m happy to report that the outlets work great – my laptop is currently charging away. I’m unhappy to report that the internet is a major fail because I can connect to wifi and get an IP address, but there is no internet connectivity. I had read that they use a cellular data modem so the coverage can be spotty, but in this case there is no internet whatsoever. A major disappointment Megabus! Don’t advertise what you can’t deliver. 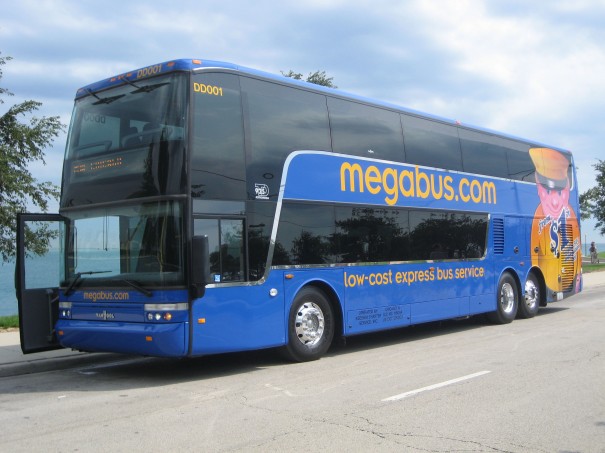 What my Megabus ticket really bought me

Here’s the good stuff I got from my ticket. What I started thinking about is all the conveniences I have started to give up in the name of financial independence and retiring early. And the fact that it’s been a little uncomfortable at times making those adjustments.

Long gone are the days where I eat out every day for lunch, and stop by the coffee shop in the morning. That means making my lunch every night before work. And it means getting up early and making coffee every morning.

That also means having the things I need always on hand at home. I’ve always prided myself on never running out of food staples so for me being prepared is easy. But I can see how people who aren’t the best at staying organized or staying on top of groceries might run out of bread, or coffee, or forget to bring their reusable water bottle everywhere they go.

Case in point: We are at a pit stop right now and while I’m chowing down a delicious peanut butter and honey sandwich that I packed, my fellow bus riders got off to buy Taco Bell.

By not being prepared it means you have to eat out, or purchase a coffee at Starbucks, or buy a bottle of water at the gas station. That adds up because you are now paying a penalty for convenience. Perhaps there is improvement some of us can make here.

Always ask yourself, “Am I paying for convenience? Can I save money by doing this myself?” Those are your everyday dollars. This goes for car washes, cleaning the house, mowing the lawn, making dinner, shoveling the driveway and doing car maintenance.

I could have easily hopped in my car and made this trip but instead I chose the bus. It’s not filled with white collar professionals. It’s a step up from Greyhound, but it’s still filling a void for people who don’t own a car. Making rather gross generalizations about my fellow riders, it’s poor college students and poor adults who both probably can’t afford one.

In fact, the guy across from me is sketchy. His jeans have fake bullet holes sewn all over them and he spent awhile talking on his phone about his friend who just got shot 6 times, twice in the face.

Typically, I wouldn’t talk to this guy because we come from very different socio-economic backgrounds. But when I realized the internet wasn’t working, and said that out-loud, he asked me if I wanted to watch one of his DVDs. Turns out he’s just another dude on this planet trying to make it, just like me.

I realized if I don’t feel uncomfortable it means I’m not growing.

These changes will be uncomfortable for a little while but then they will be the new normal. It’s the same as when I gave up my cable and now 2 years later I can’t imagine having it.