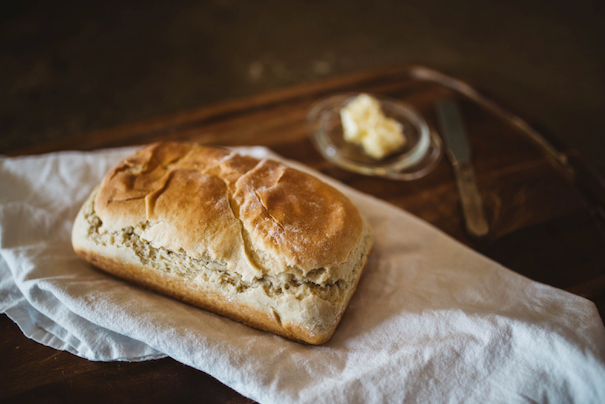 Benjamin Franklin was arguably the most successful person who lived in colonial America. There are many lessons to learn from his biography, but the following nugget of wisdom about choosing principles over luxury is timeless.

The story goes that a man came to Franklin wanting to publish an article in Franklin’s newspaper, The Pennsylvania Gazette. Franklin thinks the article is malicious, and so he subjects himself to a little test:

“To determine whether I should publish it or not, I went home in the evening, purchased a twopenny loaf at the baker’s, and with water from the pump made my supper; I then wrapped myself up in my great-coat, and laid down on the floor and slept till morning, when, on another loaf and a mug of water, I made my breakfast. From this regimen I feel no inconvenience whatever. Finding I can live in this manner, I have formed a determination never to prostitute my press to the purposes of corruption, and abuse of this kind, for the sake of gaining a more comfortable subsistence.”

That story reminded me of meeting a 40-something-year-old guy in Chicago who worked in high finance.

After having a few drinks, he starts complaining about how expensive his family’s lifestyle is. How much the big suburban house costs. How the debt is snowballing. To top it off, he hates his job.

Well, yeah. But can it be better?

The problem is that when you’re in your 40s you’re peaking in your career. You probably won’t earn much more money in the future than you do right now, but you’ve also become accustomed to a certain standard of living that can only be supported by working at a job you hate for the next 20-some years.

So, do you keep doing what you hate for the rest of your life because you think every single thing in your standard of living is necessary?

There’s a term psychologists use for what’s going on here: hedonic adaptation. What that means is after you reach a certain standard of living you immediately ratchet your standards up a notch.

Research shows how quickly the euphoria of going up these notches wears off. How a lottery winner isn’t any happier than a non-winner only 18 months later.

And that’s why you can sit there in first class and grumble about not being offered a second glass of wine during dinner service and how someday you’re going to rent a private jet.

I’m not saying you shouldn’t indulge in life’s pleasures. That it’s wrong to aspire to a luxurious lifestyle. What I’m saying is that it’s very easy to forget where you come from. It’s even harder to go down a notch.

So, the solution is twofold.

Firstly, you learn to be happy with what you already have. To appreciate how flying across the Atlantic in eight hours beats spending eight days on a ship, no matter if you’re sitting in economy or first class.

Secondly, it’s to practice giving things up. You subject yourself to little tests. You purposefully go from flying first class to flying economy.

I have a friend who takes a rideshare to go a few blocks. I used to share these rides with him, but now I tell him I’m going to walk. He probably thinks I’m silly. The rideshare costs practically nothing. But it’s not about the money. It’s about the principle.

Because if you can walk the ten minutes instead of taking a rideshare you prove that you don’t need that thing. That if you give it up you’ll survive.

Most things in our standard of living that we think are necessary aren’t very necessary at all. That’s a very powerful perspective change.

And it’s a powerful position.

Knowing that you can eat bread and water and sleep on the floor and be okay. That means no one can ever force you to do something you don’t want to do.

This was originally posted on Forbes in September 2020. Re-posting it here for a permanent archive.