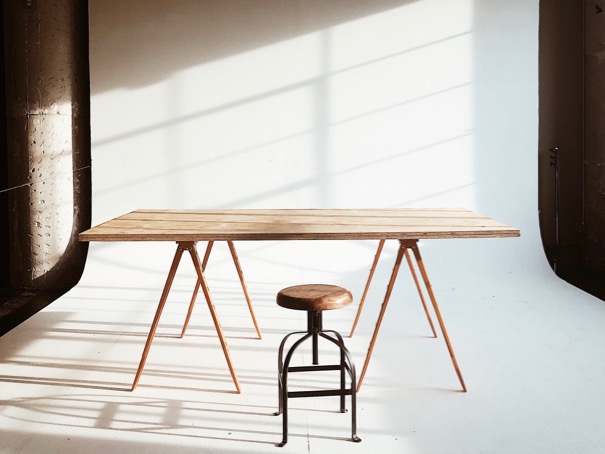 You see it all the time in Silicon Valley. Entrepreneurs who burn through their cash. They rent office space with exposed brick walls. Buy expensive nut bars drizzled with dark chocolate.

Meanwhile, their scrappy counterparts move across the bay to Oakland. The rent is cheaper and they know every dollar they waste is stealing a dollar from building whatever needs to be built.  Dollars are precious.

After graduating college, I accepted a job at a cybersecurity startup selling products like network firewalls. I was maybe the tenth employee.

The whole company ran on free open source software. We built Linux desktops, mail servers, web servers. Often, we cobbled them together from spare parts. When money is tight you’re forced to be resourceful, self-sufficient.

Then I quit that job and started working at a utility company with 5,000-some employees.

It’s only natural. As companies grow in size scrappiness is replaced with excess.

To counteract this tendency there has to be a relentless focus on not wasting money (and time). That’s why one of Amazon’s 14 leadership principles is “frugality”:

“Accomplish more with less. Constraints breed resourcefulness, self-sufficiency, and invention. There are no extra points for growing headcount, budget size, or fixed expense.”

It’s always easy for companies to say things like frugality are important to them, but what matters is how employees behave. Like the saying goes, “Actions speak louder than words.”

Did you know Amazon employees make desks from doors?

I’ve been thinking about how this concept easily crosses the chasm from the business world into personal finance.

Like have you ever met someone who’s great at making money but never has any? Well, they’re probably bad at controlling costs. They waste money.

“Person A” is how I used to be. I couldn’t control costs, or didn’t care to. Wasting a lot of money. Meanwhile, “Person B” is living far below their means, and getting ahead.

Now, if you’re trying to make the transition from “A” to “B” the key is spending less. Spending less always sounds easy. In reality, success is difficult. It’s like starting a new exercise routine, or dieting.

Of course, you don’t really make less. You make the same amount but save a big chunk first. Your reward? Spending whatever’s left over, guilt-free.

Save before you spend.

This constraint breeds frugality, which in turn breeds riches. And then riches breed riches. It’s a well-worn path to building wealth.

Which reminds me of Dorian Paskowitz. A doctor by profession, he abandoned his lucrative practice in order to live in a camper and go surfing every day, only he did it with his wife and nine children.

He’d often lay a coin on the table, and then gather his family around. With a gleam in his eye he’d announce they were looking at their last dime, completely exhilarated by the challenge ahead.