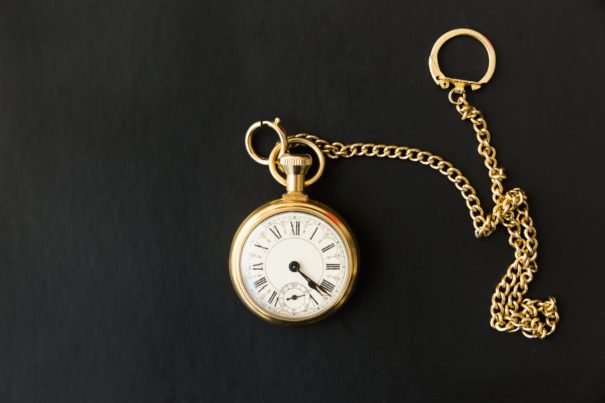 One approach to investing is timing the market.

You sell your investments when the market is at a peak and then wait for the next correction or recession to buy them back cheaper.

In practice, this might mean selling 10 shares of company stock at $50 per share and then, when the market crashes and the share price falls to $25 or so, buying back 20 shares with the proceeds. When the price recovers to $50 you’ve juiced your returns by 100%.

But to me, that’s like so hard. And I don’t know anyone who successfully does it. In fact, investors have probably lost more money getting ready for the next market crash than they’d have lost if they’d simply done nothing.

Why? It’s easy to think timing the market is easy, because it’s always easy in hindsight. You can point at a historical chart of the S&P 500 and say, “See, you get out there, when the market is high, and get back in right here, at the bottom.”

The problem is that “getting out” and “getting in” at the right times is extremely difficult to do in real time. Most would say impossible.

In investing the rearview mirror is always clearer than the windshield.

Nobody knows what the world is going to look like a year or month or week or even day from now. (Like most people, on September 10th, 2001, I had no idea what was going to happen tomorrow.)

The future is mostly unknowable. It unfolds randomly.

And this is how investors get into trouble. They hear people say, “Watch out for the big crash coming this year!” They think they’re being smart going to cash, protecting profits. Instead, if they did nothing — just sat on their hands — they’d be far richer.

Trying to time the market is enormously counterproductive. That’s why over the past 20 years I’ve never done it. I’ve always stayed 100% invested.

Last year, I almost broke my own special rule.

I was moving an old retirement plan to my brokerage. The only investment in the plan was an S&P 500 index fund, but it wasn’t possible to simply move the fund over (what’s called an in-kind transfer). The plan provider had to sell the fund and then send a check to the brokerage. Okay, whatever.

So the money shows up at the brokerage five days later, but at this time the S&P 500 is setting all-time highs, making it tempting to wait for the market to drop before investing.

After all, this has been a relentless bull market. We’re long overdue, right?

Then, luckily, I realized I was trying to be too smart.

Because if I wasn’t in the process of moving this retirement plan I would never sell an investment and hope to buy it back cheaper, so why am I even considering selling and buying back cheaper. It was nuts. I invested the money.

They said it this year, and last year too, and every year that I can remember for at least the past 10 years. You might even remember in 2010 they warned of a “double-dip recession.”

Sure, when something does finally happen, and it inevitably will, they’ll say, “See! I told you!”

Yeah, I guess so. But isn’t a broken clock right twice a day too?

All I know is that I don’t have the slightest clue how to accurately predict whether the market will be higher or lower a year or month or week or day from now. I’m just not that smart.

Paradoxically, that’s how to be a smart investor, and improve your results. Acknowledging you’re not smart.