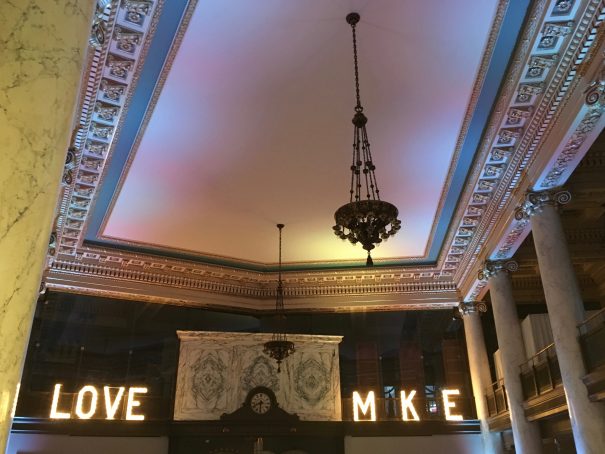 I’m at a wedding in Milwaukee and everyone is happy. Because when you’re throwing enough money and alcohol at something of course it’s going to be an extraordinary day. But having an expensive wedding doesn’t mean you’re going to have a happy marriage.

If you want to know why having an expensive wedding is a dumb idea keep reading.

Okay, you probably know most couples are spending $35,000 on their wedding. Sure, some spend more and some spend less but I think we can both agree that weddings are expensive. And I know from having two married sisters they’re also stressful and time-consuming, too.

Here’s where you tell me not every decision in life is some cost benefit analysis, and that having a wedding is certainly one of those times. The ceremony, the dress, the cake, it’s tradition, and it’s how it’s always been.

But I’m going to tell you that’s not true.

Vicki Howard, professor at University of Essex, says that in the 1850’s weddings were pretty informal. Usually they were at someone’s house or a barn raising. And the dress? Most women wore a practical colored dress so they could reuse it. It wasn’t until Queen Victoria wore a white dress that it became a status symbol.

The same is true about the cake. White sugar was so expensive that by having a white cake you were signaling you had money. This is when everyone started copying wealthy peoples’ weddings, and the wedding industry was born.

Yes, I’m spending a lot of time researching all this because it’s fascinating.

So, modern day weddings aren’t tradition anymore. Instead weddings are a $300 billion industry created by decades of sophisticated advertising and marketing campaigns complete with china, silver, crystal, and that KitchenAid mixer you never use. You know the one.

This is why when you’re planning your wedding and complaining about the venue’s $2 per guest cake-cutting fee or their $10,000 food and drink minimum you won’t get very far. The venues, DJs, and photographers will simply say it’s standard and knowingly charge you more. I don’t really blame them.

Okay, so what are your options? I think there are only two logical ones.

If you have $35,000 in your bank account then have a $35,000 wedding. I’m not going to judge you. The problem is most people don’t have $35,000 in their bank account so they start out saying they want a small simple wedding and then little by little spend way more than they planned to and end up with wedding debt like 36% of couples.

So, here’s what I want you to do if you’re getting married or planning to someday. Sit down for 10 minutes and figure out where the money is going to come from. It’s easy to put this off saying, “Maybe my parents will pay for it,” or “I’ll worry about it when I’m engaged,” or “My wedding really will be different.”

A wedding will probably be one of the biggest expenses of your life which means you need to do the math (just like if you’re buying a house). Because if you’re not saving for it right now you’re not going to have the money for it later.

Map out how much you need to save, and then set up automation to start saving that amount.

I love reading stories about couples that spend $30,000 on wedding flowers and email the florist 250 times with requests for getting the arrangement just right so they match the tones of the room. I’m thinking, “Are they more in love with each other, or the idea of the wedding? And how nuts are you to send 250 emails to your florist?”

Here’s the thing though. It doesn’t matter if you’re spending $4,500, or $35,000, or $110 million. Having an expensive wedding doesn’t guarantee you’re going to have a happy marriage. How do I know this? This study shows the more you spend the more likely you’re going to get divorced.

Which means by spending nothing you have the best chance your marriage will last, and we know the only way to spend nothing is to elope.