Nonconformist. You could say that choosing to raise nine kids in a cramped 24-foot camper trailer, not having them attend any formal school, and traveling from one beach town to the next finding the perfect wave can be considered nonconformist. One family did just that, discussing their lives and upbringing in the fascinating 2008 documentary “Surfwise.” Check out the trailer:

The story about the Paskowitz family starts with Dorian, also known as “Doc.” He begins surfing at the age of 10 in the Gulf of Mexico and is considered part of the first generation of surfers in California. Accepted at San Diego State University, but having always wanted to live where surfing originated, he transfers to the University of Hawaii. After graduation, he chooses to become a doctor and heads off to medical school at Stanford University.

Then, as a Stanford-educated physician, he returns to the Aloha State and is appointed public health officer for Hawaii. Doc starts accumulating the material possessions of most successful men and women: a fancy apartment with a maid and a man to wash his shiny new car.

At this point, Doc tells us, “The only time in my life I was convinced I was living the wrong life was when I was fabulously successful.” By the age of 35, with two failed marriages under his belt, he has an epiphany that he is living his life as a fraud. Taking action, he rids himself of his possessions, buys a station wagon to live in, and dedicates himself to the sport of surfing.

Soon afterwards, as a result of his failure with women, he decides to increase his carnal knowledge by beginning a quest to conquer 100 women. He rates each of them, based on a scale he calls the “male deficit score,” according to how much more they know about sex than he does. After 25 or so conquests, he finds a high-scorer in a mestizo Mexican woman by the name of Juliette, who is living on Catalina Island in California. They begin living together in Doc’s car, soon marry, and their first child arrives nine months later.

Needing more room, Doc sets them up to wander the U.S. in a 24-foot camper, working part-time in medicine when they need money but choosing to focus on his family. Mostly, making a big one. For the next 10 years, Juliette is either pregnant or breast-feeding, with the end result of nine children, eight boys and a girl. 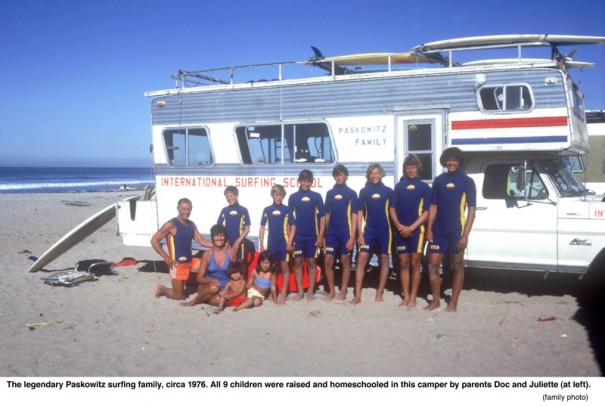 The philosophy that Doc instills into his children, and forces them to abide by, is: “Eat clean, live clean, surf clean.” There are some bizarre rules too. For example, because he notices on a trip to the zoo that apes do not eat the skin of an apple, he decides his family will stop eating the skin of apples too!

As the documentary progresses, I started to feel conflicted about Doc’s idealistic child rearing. The family’s life was rough and in my opinion, not always fair to the kids. They were supposed to be a better breed of human being: spiritual, from the earth, and of the earth. Did it work? I’d say so.

However, today none of the Paskowitz children holds down a conventional nine-to-five job, and some of them barely make a living at all.

When they left the 24-foot camper life behind, many of the Paskowitz children discovered their upbringing had done little to prepare them for the outside world. For jobs, traffic, living in a world ruled by the everyday dollar. Some of them had successful careers as professional surfers, or enjoyed success as musicians, but overall they found they lacked the skills to navigate personal and business relationships. They were easily taken advantage of by people who could see they were children in adult bodies. 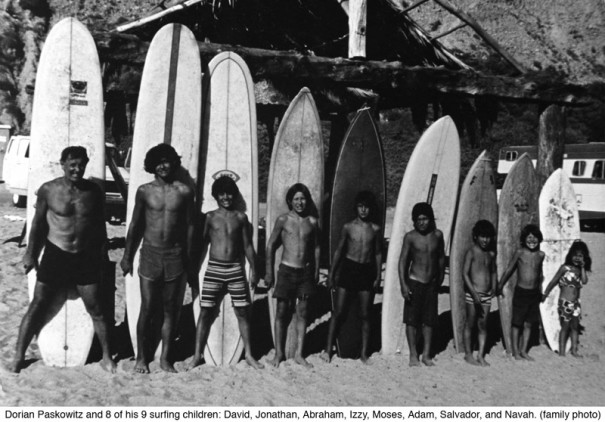 The lack of formal schooling also proved to be a problem. I found one of the most disturbing parts of the movie when son Abraham wants to become a doctor like his father. At 18, he discovers it will take 10 years to make up for lost education, and by the time he would be ready for medical school he would already be 30 years old. Sadly, he gives up on those ambitions.

Another son, Salvador, finds financial success running a graphic design company and earning upwards of a million dollars a year. However, he never saves any money and when an opportunity comes along to write a film script, he simply ditches the graphic design overnight. The film script doesn’t work out, and today he has no money.

Navah, the one Paskowitz daughter, is the only one that admits she wanted a conventional upbringing. She currently lives a typical suburban mom lifestyle.

Surprisingly, none of her brothers would have had it any other way. They believe what they were given was priceless and unique, sharing the belief that Doc was simply ahead of his time. 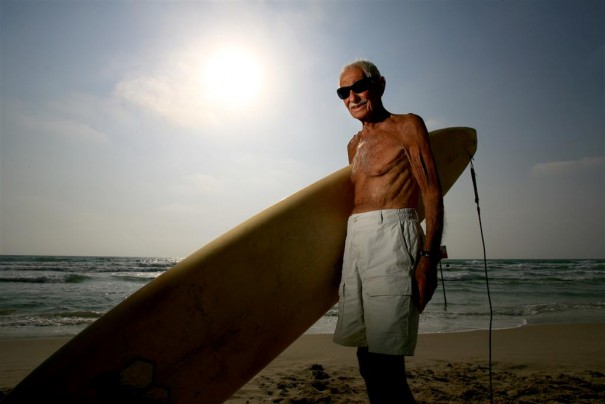 Here’s what Mr. Everyday Dollar found most striking about Doc and his lifestyle:

Doc Paskowitz had the American Dream, the success and wealth, yet chose to lead a nomadic, off-the-grid life with his family. Is he selfish, narcissistic, and cruel for this experiment? Or should he be idolized?