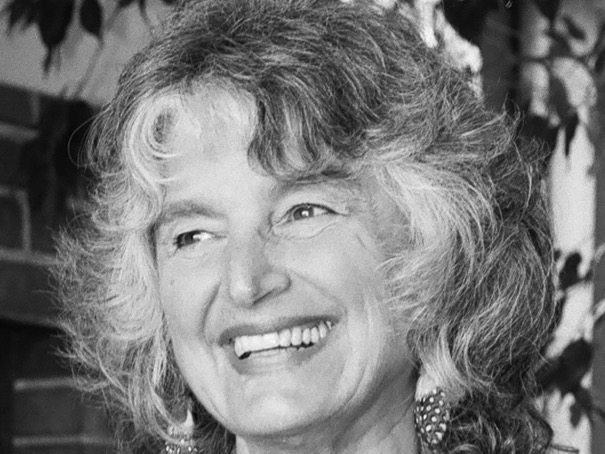 It was around age 30 when I stumbled on Your Money or Your Life at a used book store. For $1, what the heck?

Then one day, sitting on my couch, I picked it up and couldn’t put it down. This quirky philosophy about money I’ve been living my life by since my teens matched up almost perfectly.

Of course, mine was developed haphazardly, with gaping holes in it, so it was fascinating to read this fully fleshed out, deeply refined original.

And today, I’m excited to share an interview with author Vicki Robin. Her coauthor, the original early retiree Joe Dominguez, passed away in 1997.

Vicki, when someone is just discovering financial independence, what’s the first thing they should focus their time and energy on?

I could say read Your Money or Your Life, and then just take a day and read the blogs, and get convinced that this is possible.

A major part of the journey is unhooking your mind from the consumer culture. In any city you’re surrounded by things encouraging you to buy, and it’s been aided and abetted by credit cards.

It’s like stepping outside the Matrix and realizing that there’s reality out there, and that in reality you don’t need that much stuff.

Can anyone do this, or is it only for households with high earners?

If you divide people up into quintiles, the top quintile doesn’t care because a lot of them are already financially independent. They’ve made millions and discovered you can live on passive income. And the bottom quintile are just in survival mode, the people living in poverty.

So we’re talking about the vast middle, those are the people I think can do it, and this middle spreads out.

You have the people who have an incredible focus on money once they realize financial independence is possible. They want to reach it as fast as possible. If you’re young and realize the magic of compound interest you’re going to dump as much as possible into investments.

Then there are people who take the medium or slow route. They’re not trying to get out anytime soon because they like their jobs, but they take responsibility for their retirement, which a lot of people in this society haven’t done yet.

And what about people raising kids? What’s your advice to them?

Your Money or Your Life is based on evaluating expenditures in terms of your values and happiness, and your observation of what life would be like if you didn’t have a job. To be you rather than to be you with a job.

If it’s your passion to have children, and not a default setting like “everybody just does it”, then it’s a worthwhile expenditure.

Some people will have children, and then there’s a subculture of being financially independent with children and sharing strategies. From sharing toys to sharing clothing to sharing babysitting, it goes on and on.

People figure out how to parent for less. I didn’t do it, because I wanted to invest my life energy elsewhere. But you need to go inside and think about how you could travel, or volunteer in Africa, or have kids.

When someone retires early, how do they navigate the identity crisis?

You have to become identity fluid. You start to realize that your job provided you with an identity, and if you forgot that you have an identity that’s larger than your job then you’re going to have some work to do.

I’m just starting a coaching practice to help people in that transition from going for financial independence to being financially independent.

And then the next transition that happens is when you realize there’s a bigger world out there and you want to contribute somehow. That being financially independent isn’t just for you and your family, there’s something bigger going on.

What’s a piece of commonly accepted wisdom you totally disagree with?

I don’t absolutely disagree with it because it’s such a plug and play solution that helps a lot of people, but I can’t do it because I have very strong environmental values. I can’t invest in the companies inside those funds.

But now there’s opportunities for socially responsible investing, and more and more products are being developed to invest in the world you want to bring into being rather than the companies that might be destroying the planet.

What investments do you recommend?

I’ve found a way to get five to six percent which is pretty good.

I’m invested in local businesses like alternative energy companies, and a company that’s buying non-performing mortgages but rather than flipping those houses they’re trying to help people stay in their homes.

I’m invested quite a bit in the marijuana industry because at my age I depend on CBD oil and cream for arthritis.

And I have two rentals because I believe people need a place to live, and I charge a rent that’s under market but not starving me. I also Airbnb my house so it’s a site of production rather than consumption.

Then I have a portion of my money in socially responsible funds. Theoretically they perform equal to index funds but in actuality they don’t. And I still have an eight percent treasury bond, a seven percent, and a six-and-a half that’s pumping out.

So, the short story is I invest in businesses that are producing the world that’s going to be wholesome and sustainable for the long term, and I invest in real estate.

What have you changed your mind about in the last decade?

Your Money or Your Life was a top seller, and I dedicated well over a decade to representing that work because I believed we could lower consumption in America. I became the avatar for this movement, and then was diagnosed with cancer.

It was just like my soul spoke and said, “I still believe what I believe, but I don’t believe I need to kill myself in order to make it happen.” I had lost all other parts of my life like play, art, fun.

As part of making some of those changes, and changing where I lived, I had to spend more money. So I had to find some side gigs, to rearrange my finances so I could afford a life post being Joan of Arc.

What are you really not very good at when it comes to your own finances?

I really, really could care less about paying attention to my money, and I’m supposed to care a lot about it!

I think it’s a privilege once you’re financially independent that you don’t look at your finances but once a month or quarter or something like that.

The fact is when Joe Dominguez was alive and we worked together I noticed he didn’t care either. He cared about getting a bargain, about preserving money, about integrity, but he didn’t care about accounting.

I’ve stabilized my basic expenses month in and month out, and pay for everything with a debit card. This way I have a complete record every year of what I spent, but all I look at is year over year.

All I need is to have more money at the end of the year than at the beginning of the year.

Accomplishing financial independence is no small feat. What mindset and behaviors are critical?

Make everything about your journey a habit. You take it out of duty, burden, heroism, everything like that, and you put it into habit. And I think accountability for those habits is really important.

People who are more introverted, maybe they don’t need someone else, but a lot of people benefit from having accountability partners so they don’t drift.

But also don’t be obsessive. I know a lot of people who have almost killed themselves, their marriages, because they become so obsessed with it, and I don’t think that’s necessarily healthy either.

Like Joe Dominguez used to say, “Just do the steps.” That is the simplest thing to say, and Your Money or Your Life is a very complete roadmap for how to do those steps. Frankly, I think it’s the best.

And I’m not being arrogant, I just don’t see anything that combines money with values with financial independence with consumer culture, all those things together.