Recently hit with a $100 gas and electric bill, I decided it was time to take action against the summer heat. Knowing that I didn’t possess the strength to change the relative angle of the Earth to the Sun to shield my home from baking – heck, Superman would even have a problem because he can only lift 66.6 quintillion tons and the Earth weighs 597 quintillion tons – I decided to look into other solutions.

Extreme heat seems to be the new norm in many parts of the world, including the U.S. Why? The causes can be attributed to a host of things, the merits of which are debated from local taverns to Capitol Hill. I’ll leave those debates alone, and simply state that if extended heat waves are here to stay, I certainly want to think about how we can stay cooler than cool, while keeping as many everyday dollars in our pockets.

First, let’s cover the basics of how our air conditioner works. 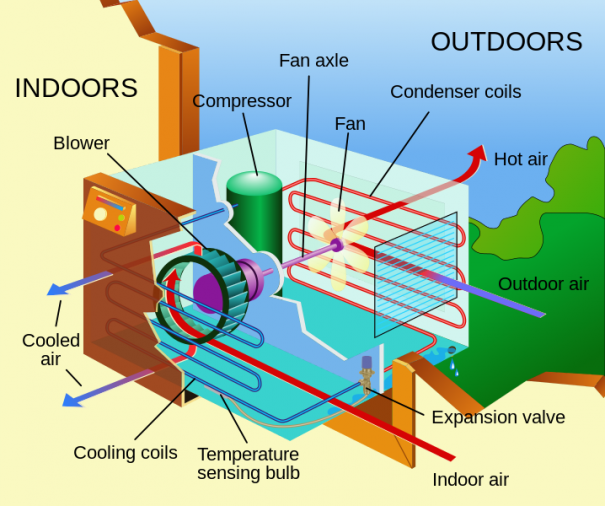 An air conditioner blows ice cold air into your home by pulling the heat out of that air. The indoor air, using a blower, is cooled by passing over a set of cold pipes called cooling coils. The cooling coils are filled with a special liquid called a refrigerant, which changes from a liquid to a gas as it absorbs heat from the air. This gas is then pumped outside to the condenser coil where it gives off its heat and changes back to a liquid. A pump, called the compressor, is used to move the refrigerant back and forth between the cooling coils and the condenser coils.

What we pay for when we turn on our air conditioning is the energy it takes to run the motor used by the compressor. If we want to lessen the amount of energy we are using, hence lowering our utility bills during the hot summer months, we should start with these four rules.

Mr. Everyday Dollar’s thermostat is set at 78 degrees in the summertime and I’d advise the rest of you to do the same, for the following reason: For every degree a thermostat is set below that mark, the cost to cool your home increases by 6 percent. This figure comes compliments of the folks at ASHRAE and their standard Thermal Environmental Conditions for Human Occupancy.

2. Use a programmable thermostat

By installing and using a programmable thermostat you can program it around your schedule (when everyone is gone during the day you set your thermostat higher), saving everyday dollars. While many of us may already do this, we don’t necessarily use them as best as we could. And that’s exactly the challenge next generation thermostats, like the Nest, attempt to solve. 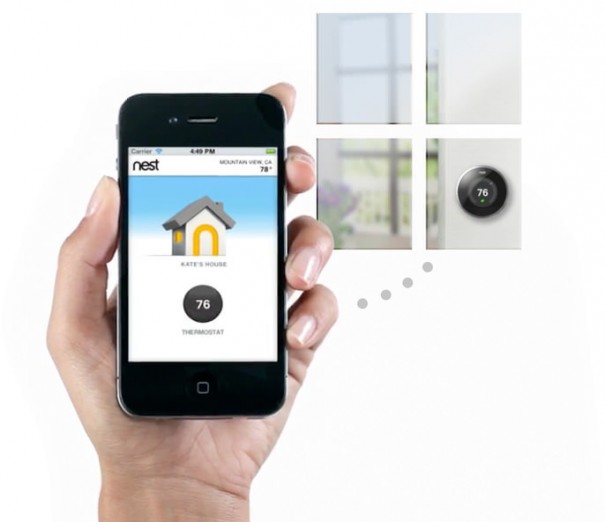 The Nest allows homeowners to adjust temperatures remotely via a smartphone, tablet or laptop preventing the air conditioning from chilling a home with no one in it. But that’s not all. It also learns from the home’s residents using their behavioral patterns to program itself and create a temperature-setting schedule. I don’t own one, but it’s an awesome idea if you can get over the initial $249 cost.

4. Acclimate your bloody self

While most of us can easily tackle rules #1 and #2, and if you’re reading this blog you probably have already, so we’re really looking to tinker with the gains from energy efficiency in rule #3. Rule #4, however, is for the diehards who are looking for the ultimate in saving money, with the added benefit of being environmentally awesome by lowering their carbon footprint.

Wanna know how to really beat the heat? Acclimate your bloody self.

When I spent time in Ghana, Africa, I was able to peer into the everyday lives of the people who live there. With the average temperature in the 90’s, and air conditioning truly a luxury, I learned to adapt by doing what the Ghanaians did:

By spending time in the sun and heat you will acclimate your body to warmer temperatures. When you come inside to an air conditioned room that’s 78 degrees, you’ll find it a bit chilly and want to turn it off. Granted, if you decide to work on acclimating your body to the heat you need to take care of yourself and drink plenty of water and replace electrolytes by consuming sports drinks or coconut water.

When you’re inside with the air conditioning off, get plenty of air flow between window and ceiling fans. This is important! Not ventilating and moving sedentary air is the reason why you read about old people turning up dead in their homes during heat waves.

The following graph shows my electric bill over the calendar year for 2012 and 2013. (It excludes gas which is typically $10 a month.)

My goal is to keep the electric bill under $50 every month of the year – which means I will have work to do in June, July, August and September – which I plan to do by implementing rule #4.

How do you deal with the heat and keep your utility bills down?