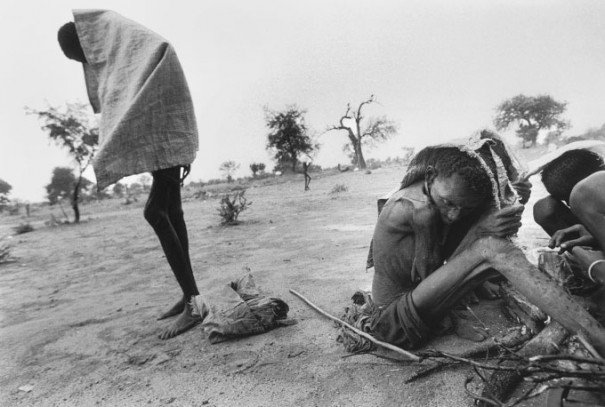 Recently, I streamed via Netflix the movie God Grew Tired of Us about the Lost Boys of Sudan. It was a compelling movie about refugees from Sudan integrating into the U.S. cities Pittsburgh, Syracuse and NYC.

Then, like magic, you have all these things. It’s hard for me to imagine, but that’s exactly what happened to these men as they accepted an opportunity to move from Third World Africa to First World US.

There were some funny scenes in the movie as they acclimate to Western luxuries. For instance, watching the men clumsily use an escalator for the first time. Or eating a donut with sprinkles for the first time. But besides these amusing moments there is a lesson to be learned – Westerners take for granted the things we have in our daily lives. Mr. Everyday Dollar is no exception to this; the only time I am reminded of these luxuries are when the water gets shut off in the neighborhood and I instinctually go to wash my hands or the electricity goes out during a storm and I fumble around to light some candles.

The Lost Boys of Sudan was the name given to the millions of boys that were displaced during the Sudanese civil war. Many of them were orphans separated from their families when government troops attacked their villages. These men then trekked on foot for thousands of miles over 3 countries to escape civil war. Half of them died due to starvation, dehydration, sickness, disease or attacks by wild freakin’ animals. At one point they were eating mud for sustenance and drinking each others urine for hydration.

We can hop in our Cadillac Escalades and burn up some fossil fuels with our right foot so that Starbucks will gratify our Skinny Caramel Latte need. And hey, since we’re out why don’t we head on over to Target and Bed Bath and Beyond to “go shopping” just for fun! Let’s go buy crap because we can!

Excessive is what we do. And even if we can’t afford it, we still do it.

For the Sudanese men living in the U.S., the illusion quickly wears off when they find themselves working 2 or 3 jobs to pay their bills. And like a good Westerner they find themselves with car loans, cell phone bills, rent and utilities. And after those basic bills are covered they make sure to send all the remaining money back to their families in Sudan or the neighboring countries.

The movie served as a good reminder about the correlation, or lack thereof, between money and happiness. Even though they were in the US and making decent dollars, the men were not happier. In fact they found life in the US to be lonely and isolating.

In fact, one of them who found a job at a local grocery store talks about an incident where a lady was crying and nobody stops to ask her what was wrong or if she needs help. He reached out to her, as is customary in his culture and she opened up to him. Because of daily occurrences like these, all the men come to feel a sense of isolation because they now live in a society where there is no group culture and you don’t even know your neighbors.

Another one wonders why, at Christmas time, so much emphasis is placed on buying Christmas trees and visiting this Santa Claus guy to ask for presents. He says something like “Where are these things mentioned in the Bible? Nobody can answer this question for me. Back in the camp, at Christmas we used to dance to celebrate. We would also reflect on the birth of Christ and think about how to improve ourselves.” These men are obviously spiritual, not material.

The biggest impact the movie had on me is that I realized, even though I am a minimalist, I still have too much. I am striving to only have the most basic of things for my life and I’m not there yet, so I still have work to do.