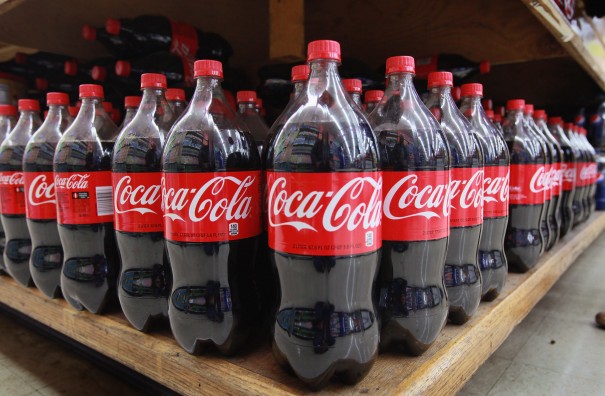 Back when Mr. Everyday Dollar was too young to be considered a mister he had a raging sugar tooth.

I think I can trace it to the fact my parents limited sweets. For instance, they were very stingy with soda. I remember them always using the reason why I couldn’t have soda was because it would rot my teeth. There’s probably some truth to that, I give them that.

When I was growing up, every Saturday night we had a ritual where my dad got out 3 small cups for me and my two sisters and filled them halfway up with soda, then filled the rest of the cup with water. Water! Be that as it may, drinking the sweet sugary watered down elixir was always good.

I am rather disciplined, and it is one of the tenets of reaching financial freedom. In order to spend less, save more, and invest what you save, you have to have discipline.

Let me preface the bad. I don’t have kids. Heck I don’t have a Mrs. Everyday Dollar yet. But when I do get a Mrs. and a kid, and not necessarily in that order, here’s what I am going to do and what I believe: If you give kids plenty of healthy options to eat and provide non-healthy options as well, they will self-regulate.

If a kid wants to eat deserts for a whole meal. Sure, why not. And the next one too? Go for it! Eventually, the human body will crave fruits and vegetables and the kid will be begging for them! The human body self-regulates when it comes to food.

I recommend providing plenty of fresh, non-processed food for meals along with desserts. Let your kids self-regulate.

The other option is to provide your kids the healthy food and sporadic treats. When they encounter sporadic treats, they will gorge themselves on it and will not learn how to control themselves. This was me growing up.

Fast forward to today, and I haven’t had a soda in 10+ years. I realized a decade ago that there was nothing good about soda: it’s empty calories, has zero health benefits, and it costs money. It has no redeeming qualities and that’s why I gave it up. Why pay for something that has no benefit to you or your health? I replaced all the soda I was drinking with water.

Recently, in New York, Mayor Bloomberg made an addition to the no-no list: consuming sugary beverages larger than 16 ounces.

There have been plenty of studies done that conclude both sugar and soda is bad. I don’t know if it is or not but I do believe it is part of the reason why so many Americans are obese (along with eating processed food and not exercising). Overall, I’m not against the idea of this regulation because it will help people. But I do think people have the right to do what they want. Be it smoke cigarettes, drive without a seatbelt, or drink birdbath size sodas.

Plugging the numbers into an investment calculator (I always use 10 years and a 7% rate of return): Drinking soda will cost you $17,000 every 10 years!

That’s a good chunk of change. Instead of drinking soda, get a reusable water bottle and fill it up for free at work. That’s what I do and not only will you feel better once you wean yourself off soda you will be closer to reaching financial independence!