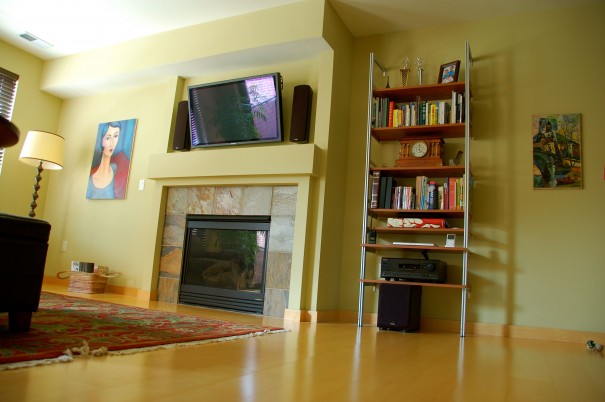 Jacob, from Early Retire Extreme, recently tweeted a link to a study and subsequent book done in conjunction with UCLA about clutter. The book, available on Amazon, is called “Life at Home in the Twenty-first Century: 32 Families Open their Doors”

And what it contains is amazing!

The researchers “plotted, compared and correlated the mountains of data they had collected over the course of four years. The project generated almost 20,000 photographs, 47 hours of family-narrated video home tours and 1,540 hours of videotaped family interactions and interviews.”

And there are some very fascinating, yet not surprising, juicy tidbits.

I have firsthand experience into this as I have nieces and nephews that are literally swimming in toys. Their bedrooms are filled with toys top to bottom, the family room has toys strewn all over it, and the finished basement is essentially one big toy room bursting at the gills. And what toys that are not  currently out are packed into drawers, closets and the garage.

And for every birthday and Christmas I get a forwarded a wish list from Toys R Us. I cringe.

Did you know that at Toys R Us, they give kids a scanning device so they can run around the store blasting it at the UPC codes of the toys they want? Then it will automatically create them a wish list! We here in the US are churning out great future consumers!

And while I don’t choose to live much of my life as a consumer, I do appreciate it because one of my favorite sectors to invest in is retail. Ahh, dichotomy!

This is where Mr. Everyday Dollar struggles: the kid’s wish list shows up in my inbox and I scan the list. All toys. And I really don’t want to buy a toy and contribute to what I consider a problem, but that’s what the kid and parents want. What to do?

“Managing the volume of possessions was such a crushing problem in many homes that it actually elevated levels of stress hormones for mothers.”

Yet fathers were unaffected physiologically by the messiness. Interesting. I am definitely not in the norm on this one because any level of clutter for me causes stress. As anyone who comes over to my place can attest, it is always tidy and clutter free. I probably lean a bit towards being obsessive about it but that’s who I am and that’s what I like. It makes my home a sanctuary. I don’t have to sit in the middle of piles of crap and have my mind race about what is going on with all of it. 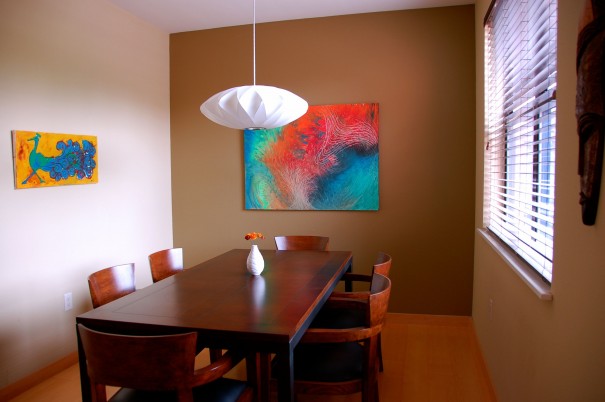 “Only 25 percent of garages could be used to store cars because they were so packed with stuff.”

How many people do you know where this is true? I can come up with a handful without even thinking too hard. And I know someone who has a 3 car garage that is full of everything but cars: a boat, a jet ski, a snowmobile, a canoe, a riding lawnmower, a pinball machine, an ATV, a snowblower, and various other crap. Needless to say, they park the cars in the driveway. So on top of spending hard earned money on all those things, I also know that they don’t see the light of day very often. And all that stuff is depreciating year by year…

So let’s say that someone with a lot of stuff wants to start downsizing. I think that it would be such a daunting task that it would never happen. People would have trouble holding that garage sale or using eBay and Craiglist to sell their stuff.

That’s why I make the case for being a minimalist. You don’t have a lot of stuff to begin with so when you do want to sell something it’s not a big deal. It’s usually just one thing at a time and not often. I am at the point where I have everything I need so when I do sell something it’s because I’ve replaced it.

“The rise of big-box stores such as Costco and Sam’s Club has increased the tendency to stockpile food and cleaning supplies, making clutter that much harder to contain.”

I have only been to a warehouse store like Costco once or twice in my life. I don’t shop there because:

The local food cooperative where I shop has a lot of bulk items – flour, quinoa, oats, olive oil, maple syrup, shampoo. I take advantage of the bulk items because they are cheaper than the prepackaged counterparts and by re-using containers I don’t put additional waste into our landfills.

“Even in a region with clement year-round weather, the families hardly used their yards, and this was the case even among those who had invested in outdoor improvements and furnishings.”

The research found that watching television inside was the most frequent leisure activity for parents which consumed about 50 percent of their limited leisure time. Do you know that when you watch television your brain is less active than when you sleep. Talk about zoning out!

Ditch television altogether or target your watching. I found that after cutting the cord, I had less stress, way more time and it saved me $12,000 every 10 years!

“Most of the families relied heavily on convenience foods like frozen meals and par-baked bread, yet they saved an average of only 10 to 12 minutes per meal in doing so.”

Food is one thing I take my time with. I cook from scratch using local and organic produce when possible. Not only does this taste awesome it fuels my body better than some processed convenience food with ingredients you can’t pronounce. And I enjoy cooking! Maybe if people threw away their televisions they’d have the extra 10 minutes to cook real food.

I grew up in the 80’s where in my house vegetables were canned, herbs were dried, margarine was butter and there was one kind of cheese – Kraft singles. Sandwiches were made of baloney (I don’t even know what that’s made out of), yellow mustard, and white bread. Processed food was so in!

I am glad that 30 years later I am in a new world where the idea of slow food, farmer’s markets and Community Supported Agriculture (CSA) boxes is in!