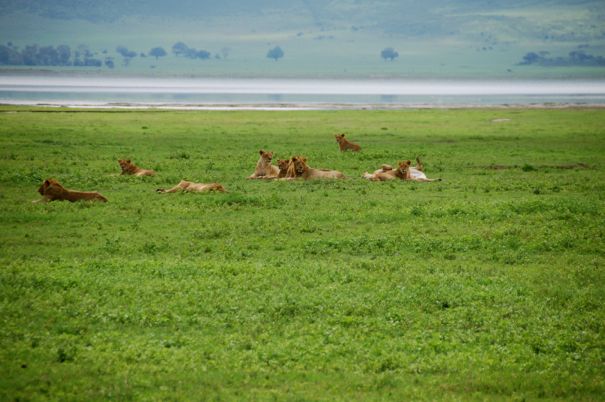 It turns out African safaris aren’t cheap. You’re either spending a lot to sleep at a fancy lodge or a lot sleeping in a tent. I slept in a tent. But then you realize the only thing separating you from the lions is a thin layer of nylon.

I thought I was going to die. But it wasn’t until the safari was over and I was in Zanzibar I was even close to dying. You see, I was putting on my t-shirt and put my hand through a rusty metal ceiling fan.

It only took 45 minutes to drive to the nearest hospital for stitches.

And even though I was convinced I was getting tetanus I never felt guilty about spending thousands of dollars to take this trip. Why not? Because I’ve always said you shouldn’t feel guilty spending money on the things that really matter to you. And for me that’s travel.

Plus, I can never find studies that say buying stuff makes you happy. But I can find studies proving experiences make you happier than stuff.

Now, most personal finance experts will tell you that you need to stop spending money even on the things that matter to you.

A coffee? You can’t afford it. A night out with friends? Sorry, you’re staying home and making a condiment sausage like this person:

I don’t want you making condiment sausages. I want you to have the freedom to live your life the way you want.

In fact, financial freedom was my goal about six years ago. And I really had no idea how to accomplish it. But I eventually learned how and here’s what I discovered. 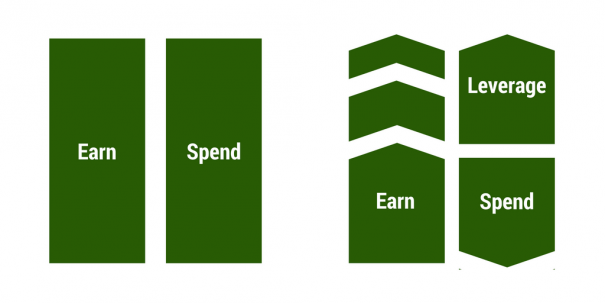 And if you focus on earning more money, and you focus on spending less than you’re earning, then what you’ll find out is you have money you can leverage. 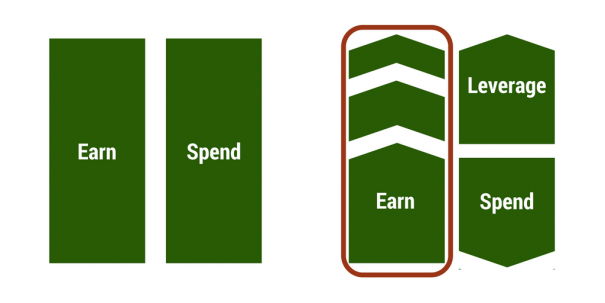 The best way to earn more money is to take your existing job and get paid more to do. And you can do this by getting a raise. But here’s what you might be thinking.

“What if they think I’m being greedy?”

“What if they fire me just for asking?”

I used to think that stuff, too. But if you’re a top performer and you know you’re valuable then you need to make sure you’re fairly compensated. I wrote about this before. Here’s how to get a raise.

So maybe you can’t get a raise for whatever reason. That doesn’t mean you can’t earn more money because anyone can make an extra $1,000 a weekend if they develop some skill people are willing to pay for. Here are some ideas:

You can learn all those things online for free or cheap. Check out Code Academy, creativeLIVE, Khan Academy, Lynda.com, and Udemy.

And some colleges have even opened up their curriculums. I have a friend who became an app developer by taking Stanford’s free class.

Spending less than you earn 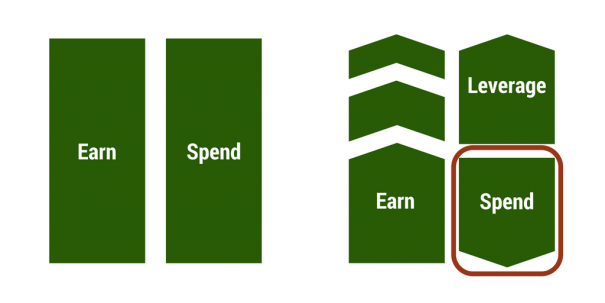 Most people buy things they don’t need, with money they don’t have, to impress people they don’t like. And once I stopped doing that I went from spending $48,501 a year to spending $35,715 (25% less). Here’s what that looked like over four years.

You spend the most money on housing, transportation, and food, so start looking at cuts there. And day-to-day you can try out this philosophy from Derek Sivers:

“If I’m not saying “HELL YEAH!” about something, then say no.

Meaning: When deciding whether to commit to something, if I feel anything less than, “Wow! That would be amazing! Absolutely! Hell yeah!” – then my answer is no.”

“Should I buy one of those $9.50 ultra-organic chocolate bars made by some Brooklyn brand?”

“Should I go out for lunch every day to that Italian restaurant where they cover the tables in white paper?”

“Should I get that incredibly expensive coffee where it takes nine minutes for some guy to make it using a bunch of test tubes?”

“Should I travel the world and force myself to live outside my comfort zone and get lost all the time and cut my hand in a ceiling fan and have to ask strangers for help getting to the hospital?”

Key takeaway: Spend on the things that matter to you and cut out everything else. 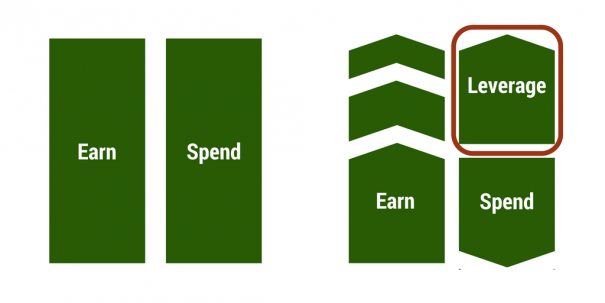 Okay, you’re earning more money, you’re only spending on the things that matter to you, so now you’re ready for leverage. And what does leverage look like?

Well, Elon Musk made $165 million when he sold PayPal to eBay. He could have retired at 30 or whatever but instead he decided to put all his money into three companies: SolarCity, SpaceX, and Tesla. And now he’s worth billions.

Or take Jeff Bezos. He was recently asked if Amazon will ever make a profit:

“So, it’s kind of like we built this lemonade stand, you know, twenty years ago. The lemonade stand has become very profitable over time. But we also decided to use our skills and the assets that we’ve acquired over time to open up a hamburger stand, and a hot dog stand, and so on and so on. So we’re investing in new initiatives.”

You see, the key to using leverage is investing what you have into stocks, or businesses, or yourself. And if you do that over and over again it will start looking like this:

Key takeaway: Start with $100 and keep leveraging up to become wealthy.