We’ve all heard the three R’s: Reduce, reuse and recycle. They are the foundation of the tectonic shift in environmental awareness that’s been happening all around us.

While I like to think that I always make decisions about my behavior and choices that side with Mother Nature, I’m likely to not think twice about chucking a pair of worn out shoes in the dumpster and buying a new pair.

But not this time.

My beloved pair of Clarks Desert Boots, in Beeswax, were starting to look pretty ragged after two years of heavy use. For those not familiar with Desert Boots, they’re super versatile footwear and, like Scotch, get better with age. I highly recommend them as an essential building block for every man’s wardrobe. 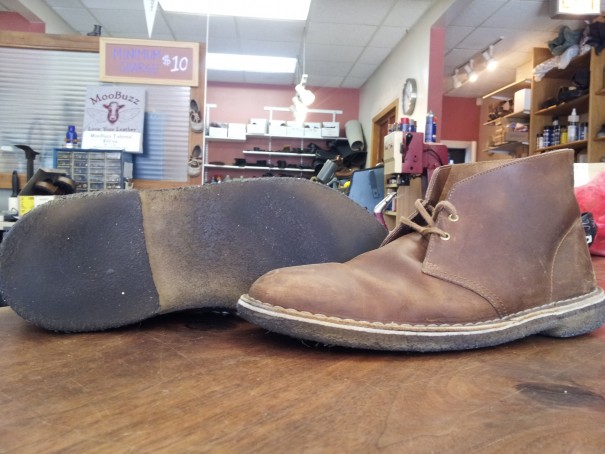 With the leather uppers in decent shape I decide to resole them (the fourth R?). Never wild about the boot’s crepe sole – they suck up everything they touch and turn a nasty black – I want the rubber based Vibram Christy sole instead.

So I venture into a shoe repair shop in my neighborhood. They look my boots over and tell me it will be $60 to resole them with the Vibram Christy. Certainly a reasonable price, especially with the tricky crepe sole removal, but I balk.

On the hunt for a lower price, I take the boots to another shoe repair shop in my neighborhood (yes, there are two). They say they can resole them for $45. I agree and leave the boots. A few weeks later I excitedly call to find out the status. It turns out the one guy at the shop who does the resoling had quit and didn’t get to my boots yet, so I pick them up.

Out of neighborhood options, I ask around for shoe repair recommendations. A few people clue me in to a shoe repair shop tucked into a strip mall on the other side of town. I shlep out there and as soon as I lay my boots on the counter the owner says they can’t be resoled. What?

I find out this guy has owned the shop since 1966. Surely he knows what he’s talking about. But why did the other two shops say they could resole them? We have a long conversation about why it’s impossible, as well as the history of Desert Boots which is pretty interesting, so I feel like the trip isn’t a complete waste of time. As the shop cat Felix follows me out the door, I begin to think I’m on a fool’s errand.

A good rule of thumb for resoling shoes is the new sole should cost less than half the original cost of the shoe. And since I paid $75 for the boots, I shouldn’t pay more than $38 for a resole. Considering Desert Boots retail for $120, I figure the most I should pay for a resole is $60.

With this in mind, I take the boots back to the first shoe repair shop I had visited weeks earlier. They say the resole will cost $65 – surprisingly it’s $5 more than the original estimate – and that it will take three weeks. Fine. I happily leave the boots in their hands.

Three weeks later, and $65 lighter, I pick these bad boys up! 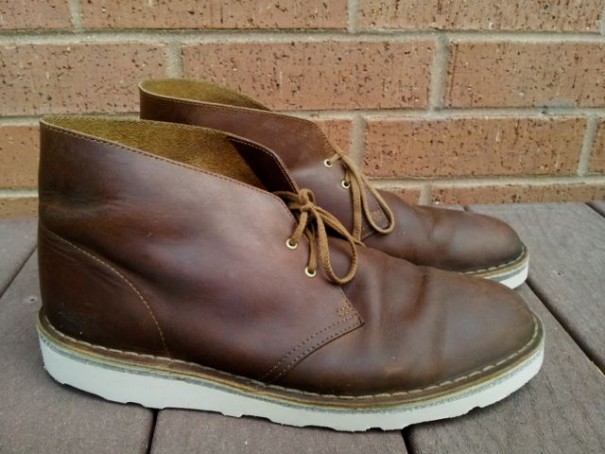 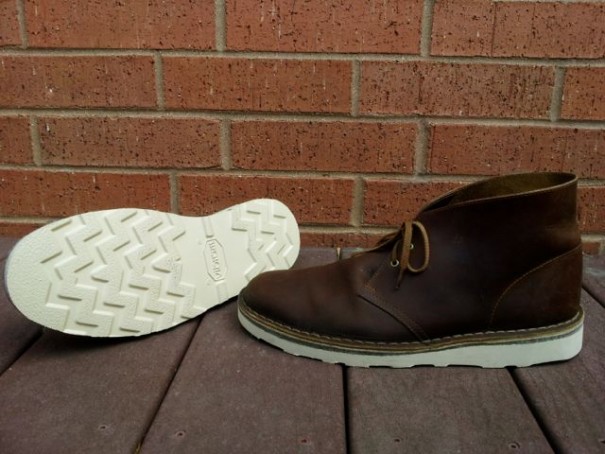 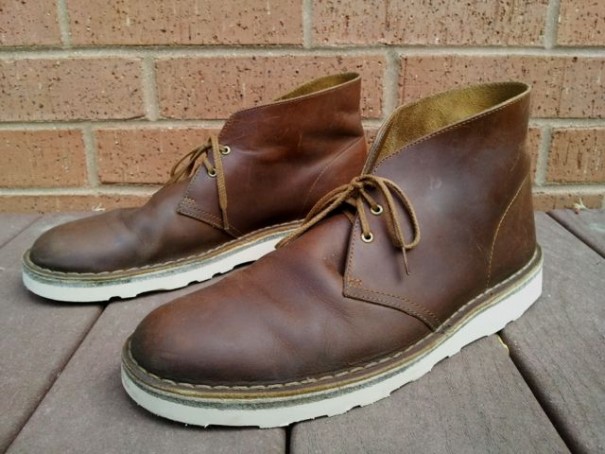 I think they turned out awesome. Even though they were expensive to resole, it wasn’t as expensive as buying a new pair. Plus, I get the benefit of having a rubber sole that I think is much better than the original crepe sole.