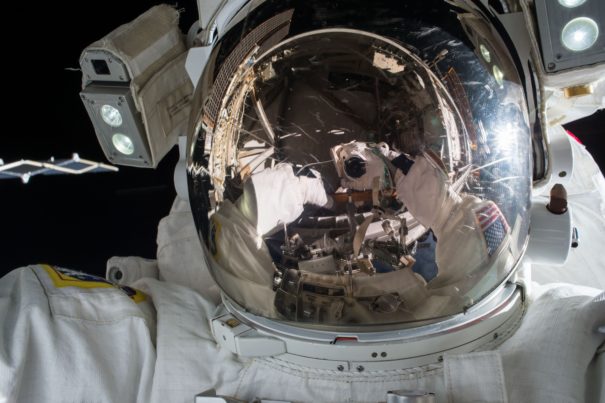 Apollo 13 was going to be the third time Americans had landed on the moon. But there they were, 205,000 miles from Earth, when they heard a loud bang.

“I knew right away it was not a normal circumstance,” said one astronaut.

An oxygen tank had exploded, crippling the spacecraft. Operating on limited power the crew had little heat or water and were forced to rig the carbon dioxide removal system in order to survive.

After a nail-biting six days the crew safely returned to Earth. In the investigation that followed, the cause of the failure was determined to be an unlikely chain of events.

High temperatures inside the oxygen tank had melted wire insulation causing them to short-circuit and produce sparks igniting more insulation which then boiled the liquid oxygen inside the tank which caused the internal pressure to exceed its limit and blow the bolts right off the tank.

Arguably the most sophisticated space program in the world, yet defeated by some wire insulation. You can plan, but not predict.

And if you’re planning for retirement, it won’t take long before you come across the 4% safe withdrawal rate, which goes something like this: withdraw 4% of your investment portfolio the first year of retirement, and then take that same dollar amount every year, adjusted for inflation.

One of the first questions people ask about this rule is: “What happens when there’s a recession and the market drops 30% or 50%. What then?”

They’re asking about sequence of returns risk. For example, if you retired with $1 million, withdrew your first $40,000 ($1 million x 4%), and then a recession followed.

Let’s pretend your portfolio dropped to $800,000 based on poor returns, and so in year two you’re forced to take a withdrawal of $40,000, plus inflation, but you’re taking it at the worst possible time.

In fact, you quickly calculate you’re not withdrawing 4%; it’s closer to 5%. Don’t worry, because that’s not how you apply the 4% rule.

So the 4% rule only matters for the initial withdrawal, and then it doesn’t matter anymore.

The reason the 4% rule works during recessions is because the 4% rule is based on the worst possible historical scenarios. That’s the whole point. Withdrawing that initial 4% incorporates someone who retires on the cusp of some financial nightmare: the depression, dot-com bubble, recent recession.

In fact, Bill Bengen, who originally developed the 4% rule, is now saying his research shows the rule for a 30-year retirement period has ticked up to 4.5%. He goes on to say:

In other words, the withdrawal rules work because that’s how the rules are designed. In fact, the vast majority of people won’t face sequence of returns risk. They’ll enjoy decent market returns early in retirement. Their investments will compound.

This is why Michael Kitces makes the case that following the 4% rule is mostly unnecessary. His research shows that if you start retirement with $1 million and use a 4% initial withdrawal, you’re more likely to have $5 million after 30 years than ever dip into principal.

It’s probably okay to use a higher initial withdrawal, but you use the rules because it’s impossible to predict how the future unfolds.

To highlight this fact, Bengen took two people who retired in 1968. One retired in April, and the other in October, six months later. Using an initial 4.5% withdrawal, the October retiree’s portfolio lasted just 30 years, while the April retiree’s lasted 50.

So, the problem isn’t that planning with these rules doesn’t work. They’ve worked for nearly 50 years. The problem is you can’t predict what will happen.

At some point you have to be okay with that. Dealing with the unexpected conditions that life throws at you. You adapt, just like the Apollo 13 astronauts.

This was originally posted on Forbes in November 2018. Re-posting it here for a permanent archive.