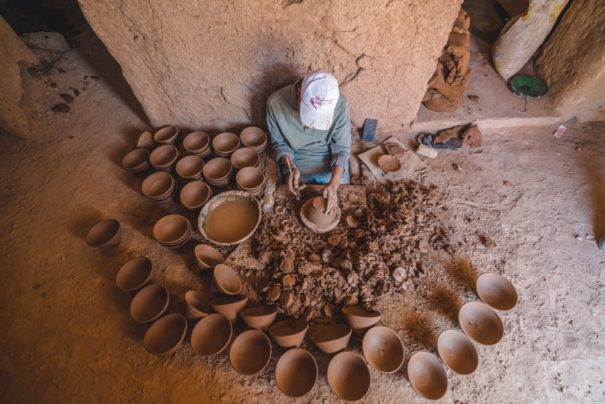 Like everyone, I sometimes struggle with waiting for the perfect time.

You wait for the perfect time to have kids, learn a new skill, quit a bad habit. And then after you just do the thing, you always wonder why you waited so long. Life is better now.

It’s no different with investing. If you’ve never invested before it’s hard getting started. It’s even harder if the market’s been steadily rising. Almost impossible when everyone is predicting a recession.

So what most people do is wait for the market to drop. They pick some random percentage: “Okay, when the market falls 10% then I’ll invest.”

Always waiting for the perfect time, instead of just doing the thing.

This behavior often hurts investors. Dr. Jeremy Siegel, professor at Wharton, thinks the average Vanguard index fund owner gets just 50% of the published return. If a fund is up 20% investors will be up 10%.

Why? In reality, people aren’t buying low and selling high. They buy high and sell low.

I’ve learned investing isn’t about “getting in” and “getting out.” It’s about temperament. I have no clue where the market is headed (and no one else does either), so I’d rather focus my time on picking good investments, and then holding them indefinitely.

Maybe an example would help?

In early 2010 I wanted to buy shares of Booking Holdings — they own Booking.com, Kayak, OpenTable, Priceline, etc. — but the stock price had tripled over the past year, going from $80 to $240. After a run like that it’s easy to think you’ve missed out.

The point is, once you decide you want to invest in something don’t spend years fooling around waiting for the perfect time.

Which reminds me of a little parable in the book Art and Fear that goes like this:

“The ceramics teacher announced on opening day that he was dividing the class into two groups. All those on the left side of the studio, he said, would be graded solely on the quantity of work they produced, all those on the right solely on its quality.

His procedure was simple: on the final day of class he would bring in his bathroom scales and weigh the work of the ‘quantity’ group: fifty pounds of pots rated an ‘A’, forty pounds a ‘B’, and so on. Those being graded on ‘quality’, however, needed to produce only one pot — albeit a perfect one — to get an ‘A’.

Well, came grading time and a curious fact emerged: the works of highest quality were all produced by the group being graded for quantity. It seems that while the ‘quantity’ group was busily churning out piles of work — and learning from their mistakes — the ‘quality’ group had sat theorizing about perfection, and in the end had little more to show for their efforts than grandiose theories and a pile of dead clay.”

Like most things in life, investing is a lot like creating art. It’s easy to get stuck overthinking everything and trying to avoid mistakes and waiting for the perfect time.

What you need to do is just do the thing, and keep doing it.