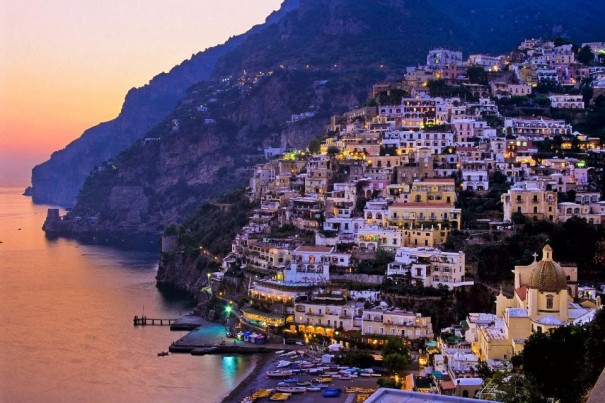 I have some great news to share with you guys: I’m heading to Italy for a summer vacation! Although I’m half-German and half-Hungarian, my girlfriend questions if I’m not Italian because of my deep love for bread, pizza, pasta, wine, and smoking on the toilet (granted, I haven’t done that since my college years).

After we both accumulated enough miles on United for a free roundtrip ticket to Europe – here’s the easy way to do that – we decided we wanted to spend our time mainly in two places: Rome and the southern Amalfi Coast. Additionally, we wanted to visit some friends who live in London for a few days.

Studies have shown that planning a trip actually makes us happier than the trip itself. I was seriously starting to doubt that research as I tried to wrap my head around booking an award ticket that would include both a stopover and an open-jaw. If you’ve never heard those terms before don’t worry, I’ll explain.

Stopovers and open-jaws get thrown around a lot in the frequent flyer communities and for good reason – they allow you to maximize your award travel by seeing more places – but without spending any more of your everyday dollars!

What is a stopover?

When you stop in a city for more than 24 hours along the way to your final destination (for international travel, less than 24 hours is considered a layover). On United international award trips, you’re allowed one stopover and on award domestic flights, zero.

What is an open-jaw?

When you arrive in a different city than the one you will depart from. On United international award trips, you’re allowed two open-jaws and on domestic award flights, zero. You are on your own for the transportation between the cities (the open-jaw).

Combining a stopover with an open-jaw

What we wanted to do for our trip was book an award ticket that included one stopover and one open-jaw. It made the most sense for us to fly from Chicago (ORD) to London (LHR) first, and spend a few days there. Then we would fly from London (LHR) to Naples (NAP), which places us at a one-hour train ride from the Amalfi Coast. After our time exploring the Amalfi Coast, we would take a train back to Rome. After a handful of days in Rome, we would conclude our vacation with a flight from Rome (FCO) to Chicago (ORD).

How to book stopovers and open-jaws

Booking an award ticket with a stopover and open-jaw can be a bit complex. Fortunately, United has one of the best online award engines that makes it much easier than its competitors.

From the United website, choose “Multiple Destinations” and “Award Travel”: 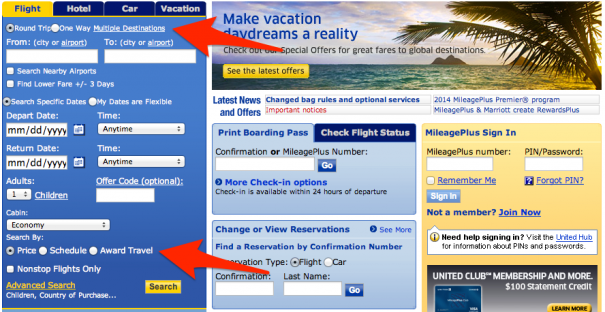 Next, you’ll be taken to a form where you can input the flights and dates you want:

You should then be able to choose award flights for each leg of your trip. If you run into problems with unavailability, the trick is to make sure that there is award travel for each leg of your trip. While this should work through United’s award engine, you may need to search each leg of the trip independently – recording the flight numbers and times you want – and then stitch it back together with the “Multiple Destinations” form in order to book the award.

Although there’s a $25 fee to book by phone, United’s phone representatives can be really helpful in booking complex itineraries that include stopovers and open-jaws; it may be worth it to rely on their expertise if you encounter problems.

While most travelers use a stopover during their international trip to experience another city for a few days, it can also be used for a free one-way trip if you make the stopover your hometown.

Let’s say you book a roundtrip United award trip from your hometown of Chicago (ORD) to London (LHR). Because you aren’t taking advantage of stopovers (or open-jaws), you are leaving everyday dollars on the table!