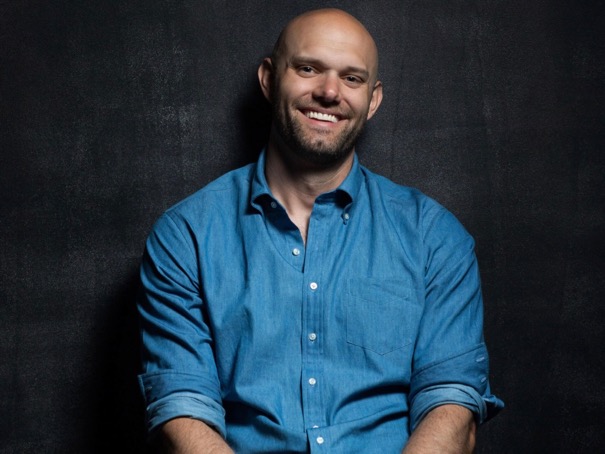 Are you focused on the past, present, or future?

People focused on the past tend to see their life having a trajectory. If you remember the past as happy you predict your future will be happy.

Future-focused people let their big goals decide today’s decisions and actions. They ambitiously work, save, plan. They have lots of self-discipline, and studies show are more successful in life.

This doesn’t mean everyone should be solely future-focused — the happiest people have balance — but if this interests you I want to introduce James Clear, expert on the psychology of behavior and author of Atomic Habits.

It’s hard to argue habits and self-discipline aren’t foundational to building wealth, so I wanted to get his best thoughts for you.

James, when someone’s trying to change their habits, what should they focus on first?

The best place to start is by making it small. Most people have heard something like that: start small, take baby steps. Even when you know you should start small it’s still easy to start too big.

People will say, “I want to be working out for one hour per day five days a week, so instead I’m going to focus on working out 15 minutes.” That’s still way too big. The habit should be changing into your workout clothes. For example, around 5:15 each night my wife gets home from work and there’s this decisive moment where either we change into our workout clothes and go to the gym, or decide to sit on the couch and watch The Office reruns and eat Indian food. It’s really those first two minutes of whether we change into workout clothes or not that determine how the next two hours are spent.

That’s why I like to encourage people to focus on what I call the two minute rule: what are the first two minutes that initiate the larger behavior that I want to do. Instead of read one book every week it’s read one page. Instead of do 30 minutes of yoga it’s take out your yoga mat.

Most people struggle with sticking to a new habit or routine. What’s your advice to them?

When we don’t stick to habits we say we just need more grit or willpower, but when you look at people who stick to habits it’s their environment nudging them in the right direction. If you walk into the living room in pretty much any house in America the couches and chairs face the TV. What’s that room designed to get you to do?

If you want to build a good habit of practicing violin then have your violin and music in the middle of your living room so you don’t have the friction to get it out of the closet. You can do this for bad habits too, by increasing the friction. BJ Fogg, professor at Stanford, wanted to eat less popcorn, so he took it out of the pantry, walked down the hallway to the garage, climbed up a ladder, and put it on the highest shelf. If he wants it he can get it, but the friction is higher.

If I’m trying to save for a vacation and splurge on some new leather jacket, well I wish I hadn’t spent that money, but let’s make sure next week I get back to saving. Or if I screw up with my diet, binge eat for a meal, I’ll focus on making sure the next meal is a healthy one.

Top performers make mistakes like everybody else, but they don’t let one mistake turn into a spiral of mistakes that ruin them. That’s the key, getting back on track as quickly as possible.

How do you automate your behavior?

That’s the best way to make it consistent, because then you don’t have to worry about it.

In the mid-1800s there was a shop owner who had employees stealing from his store. At the time there was no way to track employee theft, so he found this guy who created a machine he called the incorruptible cashier, the first cash register. Almost immediately his store went from losing money to making money. The cash register automated ethical behavior.

We can automate behavior in many ways: having healthy groceries delivered to us, having automatic contributions to our retirement account. It’s an incredibly powerful way to make sure things happen each day. Let technology do whatever it can so you can put your energy toward what’s left.

Delaying gratification leads to more success in life, how can people improve this trait?

First, there’s a series of one-time actions you can take that make it much easier to delay gratification, or get the long-term success you want, and you only have to come up with the strength to do it once.

Let’s say you’re always watching Netflix late at night, and because you watch it late at night you go to bed late and wake up tired. You take a one-time action of buying an outlet timer, plug it into the outlet between the power and your internet router, and then set it to turn off at 10:00 each night so the internet shuts off. Since there’s nothing else you can do you go to bed, and that makes it easier to delay that gratification.

Or, if you choose to ride your bike rather than drive. Biking is a better long-term choice for your bank account and health, but short term we usually drive 10 minutes instead of bike 15. If you take a one-time action of moving to a neighborhood that’s more bikeable and walkable it’s easier to delay gratification literally every single day you live there.

Second, you can use a commitment device. You’re going to take an action in the present that makes it very hard for you to do something unproductive or unwanted in the future.

For example, if you need to work out tomorrow morning, texting a friend and agreeing to meet at the park at 6:00 to run is a commitment device that gets you to wake up early. It’s not just about you now, it’s about being a bad friend by stranding them at the park.

What commonly accepted wisdom about habits do you totally disagree with?

You’ll often hear it takes 21 days, 30 days, to build a new habit, but building habits has nothing to do with time elapsed. Habits are about repetition and frequency.

You can have 30 days elapse and have done something one time or 250. It’s the number of times you repeat something that strengthens the neural connections in the brain, fosters tighter cellular signaling, and leads to habit formation in the brain.

It’s much more about practice, much less about time.

What’s the easiest way for someone to achieve a big goal?

The thing about a big goal is that it’s big because it’s not easy.

However, there’s one hack: patience. If you’re willing to be patient then you can often achieve quite remarkable things, but the thing that makes patience challenging is boredom, our quest for novelty.

The path to financial independence is not really that complicated. You just have to save and invest for 20 or so years. People do it for three months and are excited about it, but then it becomes a little challenging or gets boring because you have to stick to the plan.

The same thing with weight training. I love lifting, but I’ve also been doing it for 12 years. Going to the gym four or five days a week for a decade is not particularly exciting after a few months.

Lastly, you’re a voracious reader. What book had the biggest influence on your life?

The book I’ve gifted the most is Manual for Living by Epictetus, one of the Stoics. It’s in the same vein as Meditations by Marcus Aurelius, but more accessible. You can read it in an hour, and the principles are timeless.