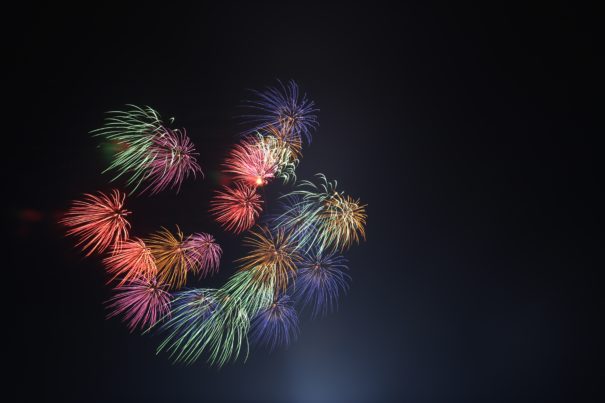 How much money buys happiness? The research suggests a family needs about $75,000, so technically some of you reading this should be happy.

Daniel Gilbert agrees. The author of Stumbling on Happiness says once you have enough money for basic needs like food and shelter “incremental increases have little effect on your happiness.”

What he’s saying is that the more money you have, the less happiness it buys.

At that point, I had no kids, no debts, a light-weight life with hardly any possessions, so I didn’t need the money.

What do people do when they don’t need the money?

There were the boozy happy hours that extended past midnight. The $500 hotel rooms at Waldorf Astoria. That time I walked into Room & Board and walked out with $10,000 of furniture.

You might scoff at this spending, but look around you. There’s plenty of middle- and upper-middle-class families who don’t have two nickels to rub together.

The simple fact is that your desires rise with salary, and I wasn’t an exception to the rule.

It took me a few years to realize this was happening. That these shallow things weren’t adding to my happiness, instead they were a distraction.

Like Jim Carrey said, “I think everybody should get rich and famous and do everything they ever dreamed of so they can see that it’s not the answer.”

That’s why after your basic needs are met you need to turn to something else besides consumerism. I turned to becoming financially independent, because why not.

And when I finally retired from corporate America at 37 I had enough invested in the stock market to generate $48,000 a year, more than the $40,000 I needed.

I rarely leave the neighborhood because everything is a short walk or bike ride away. It scores a 91 for walking and 100 for biking, a true paradise.

Secondly, I’ve always said traveling the world is important to me so I’ve traveled the world. I haven’t felt the need lately.

It was probably an escape, just like those boozy happy hours, and now that I’m happy there’s nothing to escape from, to run away from.

Lastly, when I was working a full-time job I paid people to do things for me. It’s more efficient than trying to do everything yourself.

Now I have the time to be self-reliant. So when it’s time to eat you cook. When your car or bike breaks you fix it. When the faucet leaks you make the repairs.

How are you getting health insurance?

This is always the big scary nuisance, what emailers are always asking about, and what I discovered is it’s all about your income.

This is because the health care law focuses on income, not net worth.

At first this didn’t seem true, but then I discovered lots of people — even millionaires — are giving up income to qualify for subsidies.

For example, there’s about 20 states where you can get a bronze plan at pretty much no cost if you have income around $40,000. To say that another way, perfect for an early retiree withdrawing 4% from a $1 million portfolio.

Critics will say only scumbag millionaires would be doing this, but as long as you’re following the laws as written it’s not your patriotic duty to pay more than they demand.

Are you planning to start giving more away?

Last year, the “Director of Major Gifts” from my alma mater stopped by for lunch. He knew that I knew what he wanted, so I told him the college was named in my will.

Here’s how I think about giving: it’s important today, but it’s going to be equally important in 10 years, 20 years, 40 years. The future generally.

That’s why I’m giving in my will, because you can compound the money and give more later, and giving more later is the more logical choice.

Like John D. Rockefeller said, “a man’s wealth must be determined by the relation of his desires and expenditures to his income. If he feels rich on ten dollars, and has everything else he desires, he really is rich.”

I spent many years working, trading time for money, then using that money to satisfy superficial desires.

It took me a long time to realize that wasn’t the path to happiness, to being rich. It comes from being satisfied with what you already have.

People now like telling me I need to spend more. They think spending more makes you happier even when there’s infinite amounts of research proving it doesn’t.

They’ll say, “You’re going to be the richest person in the cemetery.”

I’ve always hated that argument, that as you take your last breath you should be spending your last nickel.

When you take your last breath you’re going to question if you spent your time here being happy, fulfilled, pursuing something truly worthwhile and valuable.

And money has very little to do with that.