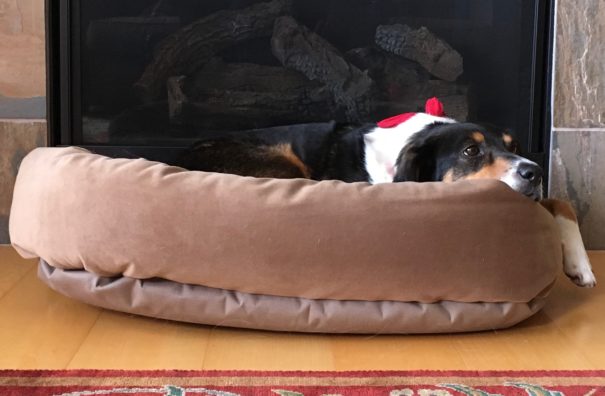 When I agree to stories they go viral. There was this popular one on CNN, maybe more popular than those on CNBC and MarketWatch.

I guess retiring before 40 is pretty intriguing.

But here’s a little secret. I never liked sharing my story, because it always felt braggy to me.

When my picture was splashed across the front page of The New York Times “Wealth” section for becoming a millionaire — coverage people would die for — I hated it.

That was when I was still working. People at my office saw the article and sent emails.

“Congrats! You must be so proud.”

But as time goes on I’m better at embracing all this. What changed? Well, I see the exposure as opportunity.

If my story inspires you, then I know I have a chance to help you. That’s what I’m trying to do here.

“Doesn’t it make you feel like a bit of a ‘fraud’ to claim to be financially independent while you’re spending a lot of time working and earning $ from your website. All this work makes it seem like. . . a career (maybe one you enjoy more than the one you had before)?, and not ‘Retirement’.”

People have this idea that if you retire early you’re supposed to be on a beach.

Sitting there, rubbing coconut oil on your body, turning into some old, stupid, wrinkled sack of organs and bones.

Look, retiring early has nothing to do with doing nothing. That’s not the objective. It’s about having control over your time.

I asked my private email list what financial independence means to them, and not one person mentioned a beach.

They want more time to watch their kids grow up, to do more meaningful work, the means to take a risk:

“I would do the following: 1) Stop going to a job I don’t love just to keep paying my Southern California mortgage 2) Pursue a terminal degree (PhD) in a field I’m passionate about and then take a job at the local community college, educating those who are just starting out on their educational and life journeys. Wow! It feels good to say that…I just wish there was a way to make it real.”

“I would ABSOLUTELY be staying home with my beautiful girls instead of working the grind day in and day out and seeing them grow up in a blink of an eye.”

“I would travel around the world, photograph beautiful landscapes and cities, and write. Of course, that would require an exorbitant amount of money, so it’s just a fantasy.”

“I’m starting a business this year because I’m tired of wasting my life away at work. I’ll be growing an organic flower farm and using the flowers to design floral arrangements for weddings, individuals, and businesses.”

“I’d spend 3 hours running and working on being in shape every day without guilt.”

So, financial independence, early retirement, whatever you want to call it, isn’t this black-and-white “working” or “not working” thing.

In fact, it’s not even a new thing.

In 1748 Benjamin Franklin retired at 42. 1748! He became financially independent from his print shop, but didn’t want to spend more of his time making more money — it wasn’t worth it.

Did he sit around doing nothing? No, he spent the rest of his time in science, politics, and diplomacy.

For him, like it is for me, it’s about having the ability to follow your interests, because following your interests is what makes you happy. Studies prove that.

And if we fast forward to the last century, Joe Dominguez retired in 1969 at the age of 31.

He and Vicki Robin started their financial literacy work in the 70s, publishing Your Money or Your Life in 1992 — one of my favorite books.

Paul and Vickie Terhorst retired in 1984 at 35. They wrote Cashing In On the American Dream: How to Retire at 35, which a young Mark Cuban says he read obsessively.

This isn’t a new thing, it’s just more people are being introduced to it. Having done it, here’s what I can tell you.

When you’re working a nine-to-five job all you have to do is wake up, eat breakfast, commute to work, sit in a little cubicle, and commute home.

Floating through life this way, being pushed along by the necessity of a paycheck, is pretty easy.

Retire early and you have to make decisions about how you’re actually going to live. That’s hard.

But if it sounds more appealing, it’s a good sign it’s for you.