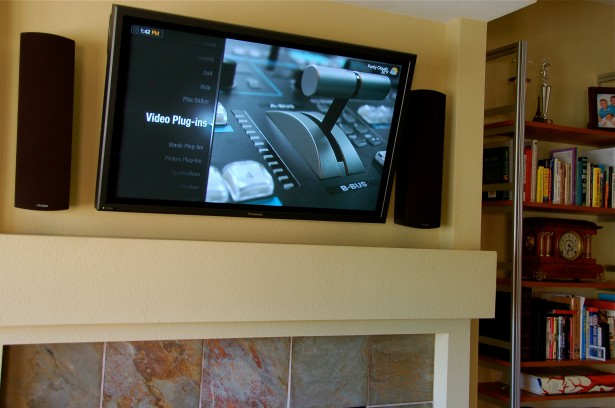 Mr. Everyday Dollar is gonna save you money on this one! I got rid of my subscription to DirecTV on 12/22/2010, over a year and a half ago! Granted I still own a television just no more fat monthly bill from DirecTV. After that fateful day in late December of 2010 when the television fell silent I felt uncomfortable for a few days, maybe a week. All my favorite friends had left me – Jerry, Elaine, George, I even missed Newman!

You see, Mr. Everyday Dollar was in the habit of turning the television on when he got home from work or the gym and found himself mostly not even watching it. It was functioning as a pacifier. So when I couldn’t flip the television on anymore, I found myself doing the things I had always done, but just more of them. I would listen to music and to public radio more, I would spend a bit longer at the gym, I would cook from scratch another night or two a week, and I would finish reading books quicker. This was all very good because those are the things I clearly love to do and now I got to do more of them! Win.

Over the weeks I felt more relaxed and at ease not having the television noise blaring at me and filling my space. Now, when I’m around one I feel that it emits a lot of negative energy. If I were to ever have television programming again I would only turn it on for a specific program that I wanted to watch and then turn it off. However, I don’t think that will ever happen as I discovered and started using an awesome HTPC (Home Theater PC) solution called Plex. Here’s what happened to Mr. Everyday Dollar.

And  for you non-techy readers, I’m warning you that the following gets really techy!

Sometime in the third month after cutting the cord I thought I should be utilizing that plasma hanging over the fireplace for other entertainment besides the one DVD I watched per week from Netflix. This thought coincided with a recent purchase of mine, a new MacBook Pro to replace my five year old Macbook. With this new MacBook Pro I knew I could easily drive that plasma. There were only two things I needed to decide – what exactly did I need my MacBook Pro to do and how would I do it? Well, I figured that I would need these functions at a minimum:

And these things would be nice to have:

Now how would Mr. Everyday Dollar do all this? I had no idea what HTPC software was out there let alone written to run on Mac. Researching this I quickly found out that HTPC users were primarily using three things:

Now that I had to decided to run Plex on my MacBook Pro I needed to order a couple things to connect it to my plasma and receiver. I went to MonoPrice and ordered these two things:

This cost Mr. Everyday Dollar about $10 total. By the way, MonoPrice is the cheapest place for cables. Never, ever, go to someplace like Best Buy for cables as you will pay an insane markup. The cable I ordered is to provide digital audio to my receiver. The MacBook Pro analog headphone jack can output digital 5.1 audio using the S/PDIF protocol if you plug in a Toslink to Mini cable which is pretty neat. The adapter I ordered is to provide video to my plasma via HDMI by simply plugging one end into the MacBook’s Thunderbolt port – it doubles as the Mini DisplayPort – and the other to the HDMI cable that was already run to the plasma.

I had already installed Plex on my MacBook Pro and had been playing around with it but I was excited to try it on the plasma. Once I got my order from MonoPrice I got everything hooked up and made sure my MacBook was in clamshell mode. That means it can be closed on my shelf but stays powered on and usable. A really nice behavior is that by using the Apple Remote – from the couch of course – I can go from having the MacBook Pro sleeping on the shelf to waking it and launching Plex. I am really happy with the way Plex looks on the plasma, the interface is gorgeous and watching content via Hulu or Netflix or Youtube is the same quality as DirecTV was. 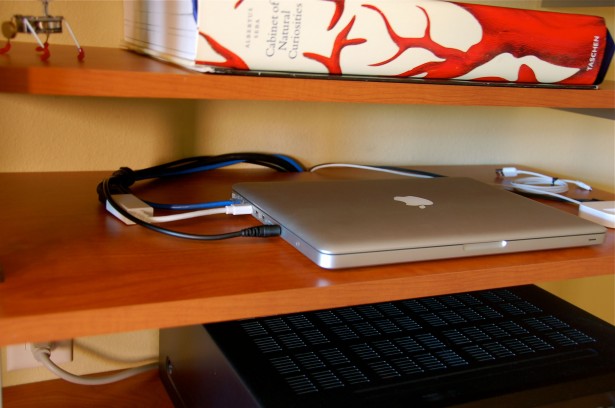 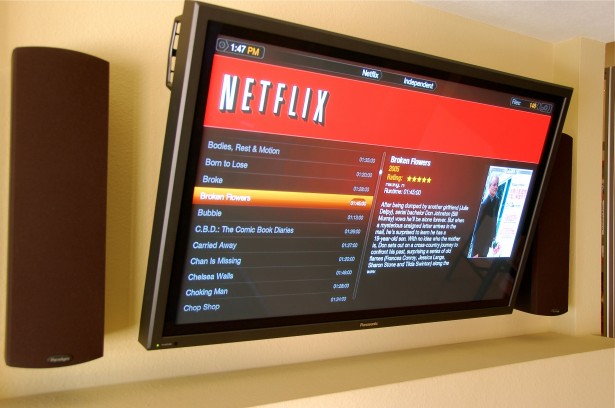 Plex is a great application. It can have quite a bit of tweaking – I enjoy doing that though – and I’ve run into various bugs but overall it has done everything I have wanted it to do. I can watch DVDs, use Hulu, Netflix, Youtube, Pandora, iPhoto, iTunes plus there are literally hundreds of other plugins that can be installed. 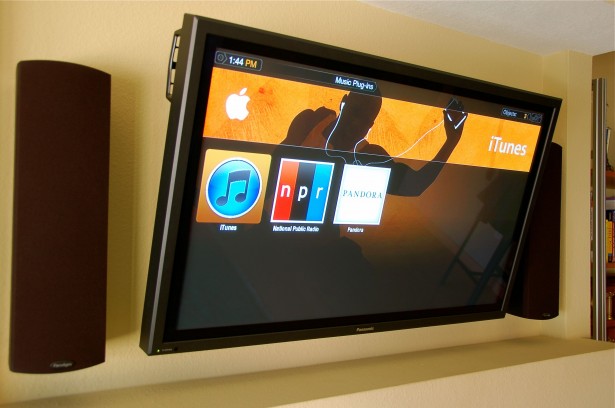