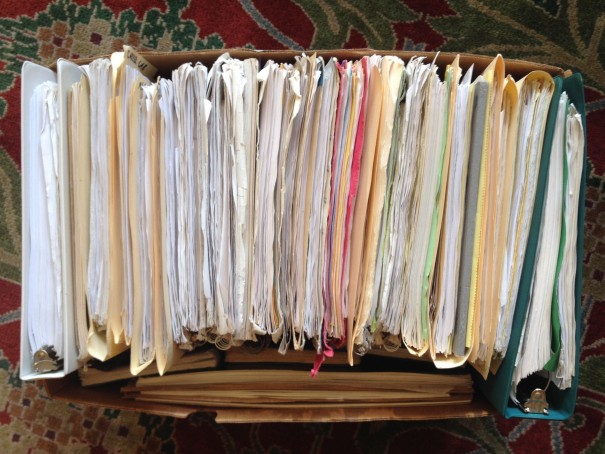 I’m just like that kid who got into all eight Ivy League schools but chose the University of Alabama because it was free (only he’s way smarter). You see, I applied to a bunch of colleges and a small private one told me they’d give me full tuition. I said, “Where do I sign?” before they could take it back.

My first semester there was a disaster. I had no idea how to study, and I spent most of my time partying. The result? I got a 2.69 GPA. I had to keep a 3.4 for my scholarship, so they sent me an official letter saying I was on probation.

I thought I wanted a degree in finance so I was taking business classes. Then I met a guy who sold weed, so one day I went over to his dorm room. I’d never seen so many computers. He showed me Linux for the first time (it was Red Hat Linux 5.2). I had no idea there were operating systems besides Windows.

I got really obsessed with computers. I learned how to take one apart and put it back together. I built them for friends. I spent hours chatting online on something called IRC. I started working for the campus IT department. I became an expert in Linux. And I quit taking business classes and switched my major.

When I started college I thought I wanted to do one thing. But I wound up doing something completely different. And now I wonder if I could have explored that on my own, without going to college? Let’s see.

No more curfew, and drugs and alcohol are everywhere. I lived in a fraternity house for three years, and probably drank at least a case of beer a week (always “Natty Light”). By my senior year I had tried all kinds of drugs. As for hooking up? There’s no parents so there’s a lot of it.

You pay tuition to learn stuff from professors. If you go to class, do your work, and get decent grades then they give you a degree at the end. And when you get out, if the job market has a demand for your degree, then you get a 9-5 job and get to start paying back your loans.

This is why some people decide their best repayment strategy is to default. Collectively, we have over $1 trillion in loans, and this doesn’t appear to be changing anytime soon.

There are free and inexpensive options to learn anything online.  Like Code Academy, creativeLIVE, Khan Academy, Lynda.com, Udemy, and so on. You can even learn skills you probably need that they don’t even teach in college:

Some colleges are opening up their curriculums so anyone can take their classes for free. Scott Young got the equivalent of a computer science degree from MIT for $2,000. And MIT isn’t cheap. It costs about $60,000 a year, for a four-year total of $240,000.

When employers were asked if they’d hire Scott without the actual degree, many said yes. It’s because companies like Google don’t care if you don’t have a degree. They want you to be able to solve problems, and having a degree doesn’t prove you can do that.

Any 18 year old can be an entrepreneur. Get a Google-backed nanodegree in entrepreneurship, and build a website to sell your service or product. You’ll learn:

In Europe, it’s common to spend a gap year traveling after high school. Pick someplace the most unlike where you’re from, maybe like Thailand or India. You’ll meet other travelers, see what poverty is, be in super uncomfortable situations (this is always a good thing), and learn how to survive.

Instead of spending $100,000 on a Stanford MBA, Tim Ferriss created a fund for angel investing. You see, an MBA is two things: a professional network, and the curriculum. By investing in startups he’d build a network, and learn:

Let’s pretend your parents were ultra-wealthy, and at 18 you persuaded them to write you a check for the four-year cost of MIT. Because you’re smart, you invested it in a total market index fund, so by the time you’re 40 you’d be a millionaire (inflation-adjusted, too): 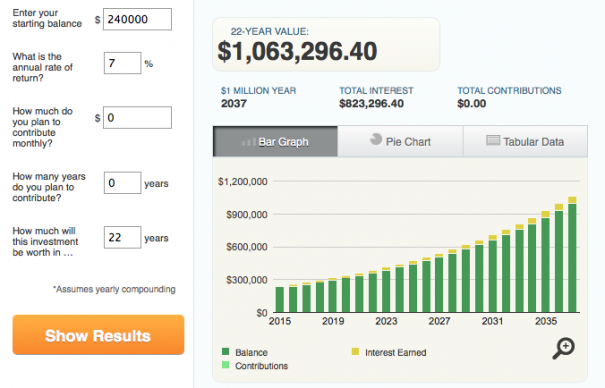 How many MIT alumni have $1,000,000 in the bank by 40? I have no idea. But this is the opportunity cost of using money for one thing (college), rather than another.

My friend’s kid is a high school senior. He’s also a top performer. He just decided that he wasn’t ready for college. I found this fascinating because kids like him don’t say this. But when you learn that 40% of college kids drop out, maybe more seniors should be following his lead.

When you look at the big picture, not going to college right away is negligible. If you make this choice, go explore fields that interest you. Do you like good food? Get a crappy job in the kitchen of a top restaurant. Medicine? Volunteer at a hospital. Investing? Intern at JP Morgan. Politics? Volunteer on a political campaign. This is your life, remember that you get to make it what you want.