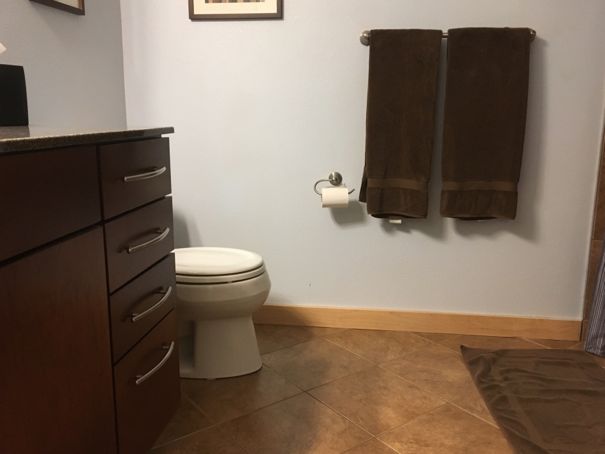 I’m going to buy new bath towels and because I buy everything online ever since you could buy things online I have this sick habit of searching Gmail to find out how long stuff lasts and what I paid.

I’m sure you want to know my Restoration Hardware towels are 11 years old and were $60. I think they still look new.

When I was younger I’d buy whatever was cheapest because I didn’t have much money. And even if I had the money I would’ve thought someone who spent $30 on one towel was stupid. I mean, you can go on Amazon and buy a whole set for $20.

But I was just reading the reviews for those and people are saying they fall apart as soon as you wash them. So, the question becomes, “Is it cheaper to buy a $20 set of towels you have to replace every year or a $60 set that lasts a decade?”

And this is my towel theory: Spend 3X as much up front and save 7X in the long run.

That’s hard because we love buying cheap stuff. But on Reddit I found people talking about the stuff they used to be cheap about but after buying the expensive version they won’t go back. They’re saying knives, jeans, sheets, underwear, parmesan (definitely parmesan).

And I’m noticing that we obsess about how much things cost but we don’t value our time. Like when Evernote recently raised their prices. So Evernote is this note-taking app I was using before I went back to taking notes on paper (I’m using these notebooks).

Anyways, their premium subscription jumped from $50 to $70 a year and people went absolutely nuts. I was reading through the 5,000 comments and saw this comment.

Switching from Evernote to Microsoft’s OneNote will take this person two weeks. Which means it’s costing them $2,000 in their time (80 hours x $25/hour). And that means it will take decades to break even on their decision to switch.

And I think this is something I’m still learning. Because just recently I was going to a salon for haircuts and then they raised their price to $60 and I felt like that was too expensive because it’s the Midwest not New York where people pay $800.

So I started going to the vocational college. Yes, the one where students are learning how to cut hair so they make you sign a waiver because they might take off your ear but they only charge $8.

I’m sitting there and it’s taking them an hour and a half and I don’t get the haircut I ask for and even though it’s only $8 I realize it’s a waste of my time. I went back to the salon and happily paid their price.

The lesson here? When you’re spending more on the expensive version or spending more to save time what you’re really doing is saving money. Because if you’re cheap it’s costing you more.