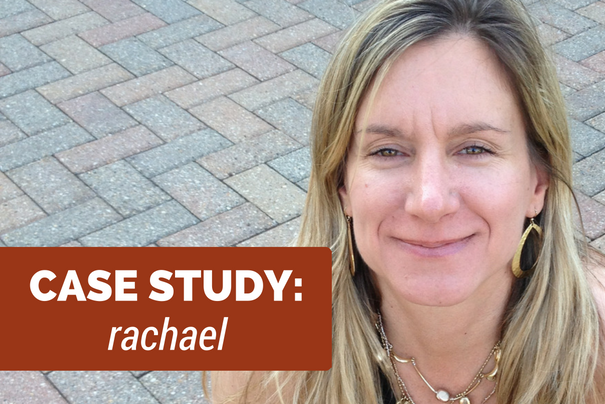 I’ll try to give you the essence of my story with the goal of motivating anyone who may have hit rock bottom like I did. I’m 45 and live in a mid- to high-end suburb just west of Chicago. I’m divorced, and I decided not to have kids. I have a secure job at a large worldwide company, and make over six figures. But that’s now.

From 2008-2011 things were much, much different. I had just gotten divorced, had a minor stroke, and lost pretty much all my money. I lost four rental homes to foreclosure, a restaurant I owned went under, and I had to file for bankruptcy twice. I used to wonder if my debit card would go through at Dunkin’ Donuts for my daily chocolate Long John and soda. Sometimes it didn’t.

My turnaround came as it does with most people, when I hit rock bottom.

I bolted from my house, but it wasn’t long before I was surrounded by three cop cars in a nearby mall parking lot. They instructed me to leave my car and come with them. I was never able to get that suicide hotline lady to let me hang up, the police had to disconnect her. That’s funny now but it wasn’t then because it was my wake up call.

What’s been your experience with money since then?

After I gained some strength and was in a much better frame of mind I returned to work. I was fortunate to land a job making six figures working 50-plus hour weeks. I vowed to build wealth through real estate, but to do it right this time. I figured at 42 I’d never be able to save up millions of dollars starting from nothing, so for me to retire early (or at all), I had to build multiple income streams.

(With four foreclosures I wasn’t able to get loan, and these seller-financed contracts allowed me easy access to properties.)

I was able to rent all the units out, and I hired a management company to run everything.

Currently the seven houses are paid off, the other three should be payed off by 2018, and I’m currently in negotiations to buy another house. I have $230,000 in savings. And if everything was paid off today, I’d average $8,000 a month in net income.

I wish I could tell you this was all easy. It wasn’t.

I made a lot of mistakes, had to come up with extra money for unforeseen repairs, went through a couple management companies before I found the right one, and in general took a crash course in real estate investing and property management.

What was your experience with money growing up?

I’m not sure if I grew up poor or just felt like it. I lived with two older brothers and a single mom in an upper-middle class suburb. My dad was a doctor but he lived out of state and paid next to nothing in child support. Mom was lawyer, but not the high-priced kind.

I always had a feeling of shortage even with basic things like food. I remember being shocked at how much food there was in other people’s houses. My best friend lived in a less desirable neighborhood but they always had food. A huge pantry full of food. We never had that.

I sometimes think my mom spent too much for the neighborhood or the house which didn’t leave much for anything else. People do what they think is best at the time.

How much do you spend and save?

My current monthly budget is $4,600. Of that, $3,100 goes toward my primary mortgage. I’m not skimping on spending, and it helps that I earn an additional $18,000 a year from a not-for-profit I started when I wasn’t working, but I really only spend money on things that are important to me .

How are you planning to generate passive income?

I’m still creating income streams from my real estate and investments that will pay me for the rest of my life, but after 2018 I should be free.

I’ll probably work, but at a job that’s less stressful and more enjoyable. I plan to take more time off, have more fun, travel, take care of myself, spend more time with friends and family.

It’s activities like those that matter, and sometimes you have to lose everything to realize that.

Any tools you use?

For tools, Excel. I love it (a friend once commented that my habit is “calculating”).

What mistakes have you made?

I think loaning money out to friends and expecting it back. I think withdrawing money from my IRA and 401(k). I think buying the houses the first time around. Mistakes are a part of life though, and I don’t regret any of them.

I’m much further along having made them then not. I’m lucky my mistakes caused me to hit rock bottom. Had they not, I might still be caught in limbo and not made the dramatic life changes I did.

What money advice would you give your 22-year-old self?

The same advice one of my mentors gave me: Start saving early, listen and learn from others, contribute to a 401(k), and start your real estate empire by buying a two-flat and living in it while you rent the other unit out.

And what item for $100 or less had the biggest impact on your quality of life?

I think books are the biggest bang for the buck. For less than $20, you can have the benefit of years of someone else’s experience, mistakes, and knowledge. My two favorites right now are Choose Yourself by James Altucher, and The One Minute Millionaire by Mark Victor Hansen and Robert G. Allen.

1. Set a goal, and then put in the work. I love that Rachael wanted to generate $8,000 in passive income, so she wrote it down, and now looks at it every day to remind herself (an effective tiny habit). Anyone can reach their goals if they put in the work. Rachael put in the work.

2. Use tools to make yourself better. Today, anyone with a $200 laptop and a library card has access to the very same tools as the most successful people in the world. Get mentors, read books, take online courses.

3. I say this a lot, but the most important thing is to start. It doesn’t matter if you have $50 to invest or $500, you won’t get to where you want to go by doing nothing. And Rachael started at 42, so it’s never too late, either.