My family bought our first computer in the early 90s. I just played games on it because the internet didn’t really exist yet. It was around this time Marc Andreessen was coding the first Web browser which became Netscape Navigator. Then the internet took off and Microsoft released Internet Explorer to compete against Navigator.

Microsoft eventually won, and Andreessen left to form a venture-capital firm in Silicon Valley. With his buddy Ben Horowitz they started investing in startups. Because V.C.s make a lot of money when they give money to an entrepreneur who creates the next Airbnb or Twitter. They call these unicorns, and it’s how V.C.s make up for all the startups that fail.

Individual investors can apply this same mindset to their portfolios. They can invest in companies with bright futures, and then hold their shares while they wait patiently for the story to unfold. Using this simple method myself some of my own stocks have become unicorns. And they’ve pulled up the rest of my portfolio helping me beat the market. 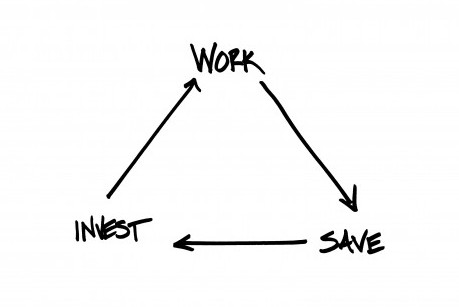 A few years ago I came to a realization: there was no way I could sit in a cubicle for the next 30 years. And I thought the best strategy was to get rich, right? I started out by becoming aware of my behavior with money, and soon discovered as I made more money I spent more money.

Most people do this, and it’s called lifestyle inflation. So I took these steps to reverse it, and the result was money began building up in my savings account. And if you’re in debt, this is a great place to stop. You can use these savings to pay off your debt and start an emergency fund.

The downside to keeping money in a savings account is the 0.1% interest rate. Meaning that for every $10,000 you earn $10 a year. It’d take a lifetime to get rich, and I didn’t have that. So the best way to accelerate the timeframe was to invest in the stock market because it returns about 7% a year.

The only problem with this approach was I didn’t know where to start. It was intimidating, and I was scared of losing money. But the choice was simple: I could either keep my money in savings or put it to work. And I wanted my freedom so I chose to invest, and it worked. 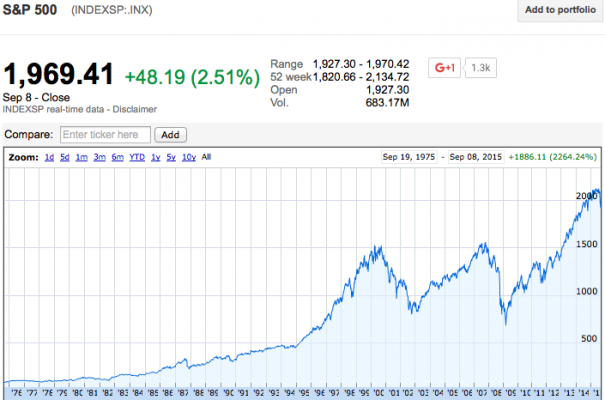 Most people are scared to invest. But eventually I learned Wall Street makes investing seem complicated and scary. That way you feel like you need them, and then they charge you fees. And they don’t care if you lose your money because it’s how they make theirs.

So I’m going to tell you what I did. First, I opened a brokerage account, and then I invested in an S&P 500 index fund. It’s made up of the 500 largest companies in the U.S. It’s like buying the whole market. And for years I automatically invested a fixed amount into this fund monthly.

When the market went down, my fund went down. But I learned this was a good thing because that meant I could buy more shares with the same amount of money. Like it was on sale. When the market went back up my fund up, and I got to enjoy a higher return on those cheap shares.

Living through the ups-and-downs of the market I was able to build confidence. It wasn’t scary to invest anymore and I learned a big lesson: If I held and had patience I’d build wealth.

My girlfriend asked me if I’d invest her money. And I told her no. Instead, I helped her set up a brokerage account and now she invests in an index fund. Now she’s an investor. That whole teach a man to fish thing.

She lets me know when she loses $100 because she’s not comfortable with the market yet. I tell her to hold and have patience. Meanwhile I was getting inpatient because I wanted my money to work even harder. Most people say you can’t beat the market and it’s stupid to try. I decided to try anyways.

I joined Motley Fool Stock Advisor because they research and recommend stocks. Right away I invested in some stocks they recommended: GameStop, Netflix, and Starbucks. In a few months they went up more than my index fund and I naively thought beating the market was going to be easy.

In reality I had a lot to learn. But I did do something smart: I created journals for every stock I bought. I used them to track details about my stock purchases like the number of shares I bought, the price, valuation, and my reasons for buying.

Over the years these journals have helped me become a better investor: 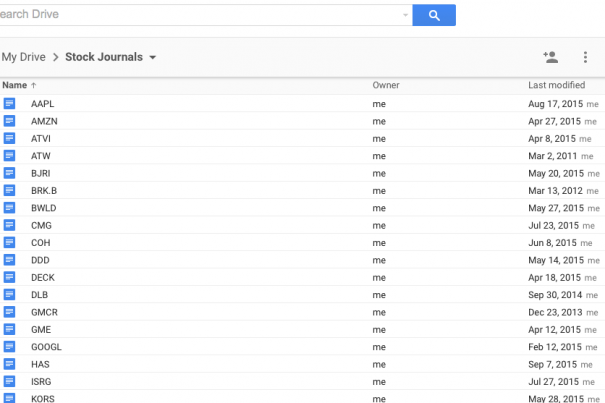 Here’s my journal entry on Netflix. I made seven purchases over seven years: 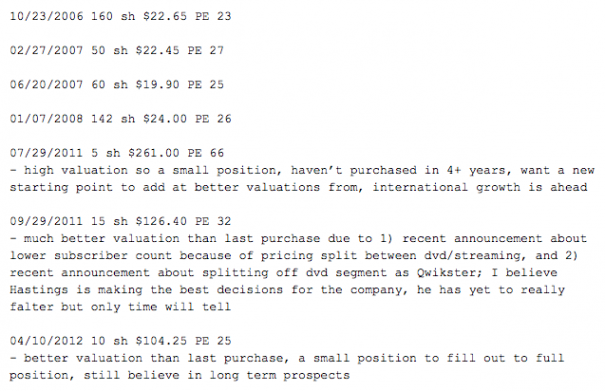 And on Netflix’s chart here’s where those investments were made:

My portfolio has a number of stocks that have outperformed the market: Apple, Amazon, Chipotle, Priceline, and Starbucks. But Netflix has been my unicorn. It’s pulled up the rest of my portfolio, the losers and the winners, and helped me beat the market.

People will say it’s luck to invest early in a stock like Netflix. But I’ve held it for almost a decade, waiting patiently for the story to unfold. And when the average holding period for a stock is three months that’s the real challenge. It’s how you give your stocks an opportunity to become unicorns.

People send me emails to say there’s no way I could beat the market. One guy even told me my site was written for children (that one made me laugh). You can beat the market, and here’s proof:

There’s data that shows it’s possible for investors to have returns similar to mine. Jim Mueller, an analyst at The Motley Fool, recently simulated the three year return of 10 stocks randomly picked from their pool of active Stock Advisor recommendations.

He found that out of the 1.06 million potential portfolios, 70% beat the market, and 50% beat the market by more than 11 points. He’s looked at the five year return, and the preliminary numbers are even better.

It’s both easy and difficult to build wealth. The easy part is investing in either index funds or stocks. The difficult part is holding and having patience. To recap:

These are the steps I followed to reach my goal of freedom, decades ahead of everyone else. I’m not advocating this is the best way, or the only way, because there are different approaches to building wealth. This is simply what I did, and what I’m comfortable with.