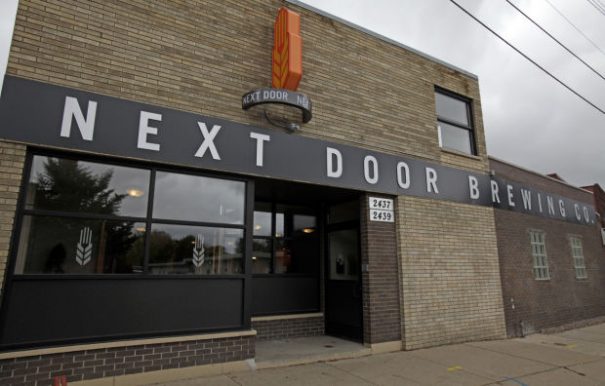 Some random guy from the internet emailed me wanting to meet up. This happens more than you think, and usually I’d say no because saying no to everything was the only way to protect my time so I could focus on my goals in life.

But now that I have my time back I’m starting to say yes. So we meet up and he’s not weird or anything like that, and we talk about a lot of stuff but one thing really stuck out: How broke we used to be.

When you’re in your 30s you start forgetting about your early 20s. How hard it is being an adult and trying to make it on your own. He’s telling me about selling his saxophone for money, and that makes me remember when I had to borrow money for my first apartment.

But here’s the thing. Starting out broke with no money or advantage or anything like that is how you should start out. Because if you’re just given everything you’ll never appreciate what you have. I mean, we all know that spoiled rich kid that doesn’t appreciate anything.

Anyways, I’m going to tell you what I’ve learned about money so you can start using it. Right now. So here are 9 little ways to be better with your money.

When you’re continually becoming better at your profession what you’re doing is becoming more valuable, and when you’re more valuable people will pay you more for what you do. And you’ll have more options, too. I spent most of my 20s partying and horsing around until I realized if I wanted to earn more I had to become more valuable. So read books, get mentors, and surround yourself with the right people.

Learn skills like public speaking, psychology, writing, design, conversation, persuasion, technology, a second language. Because when you’ve plateaued in your profession you’re going to need these skills to earn more. This is like the architect who’s a great public speaker and writer. Or the personal trainer with a mastery of psychology, persuasion, and conversation. (Btw, I learned this from Scott Adams.)

3. You get to choose your lifestyle

When you’re earning more money make sure you’re not always living paycheck-to-paycheck. It’s easy to spend $50,000 when you make $50,000, which makes it easy to spend $100,000 when you make $100,000, but this goes on and on until you say $6.4 million is going to be hard on your family. You don’t want to look back on your life and see all the money you made and realize you have nothing to show for it.

4. Make saving and investing an “and”

5. A house isn’t the best investment

I never feel guilty about spending thousands of dollars on travel. Why? Because you shouldn’t feel guilty about spending money on the things that really matter to you. But this means cutting out everything that doesn’t matter. Like I won’t spend more than $10 on my phone, and I haven’t had TV in like seven years. Realize you can’t have it all, so cut out the stuff that doesn’t matter to you, and you can have the things that do.

I used to say you shouldn’t worry about spending $5 on a latte, but now I’m thinking you should. Why? Because when you have the ability to change the small things, it gives you the ability to change the big things. For example, if you’re really serious about saving money you can downsize your house, get rid of your car, and throw everything away, but you won’t because it’s just too overwhelming. Instead, start with the latte and work your way up.

8. Think in decades not years

The people I coach are all so smart and interesting. What I’m learning is they just can’t see their own lives as clearly as I can see them. They think I’m some genius or something but the truth is they can’t see themselves just like I can’t see myself. And mostly they feel like they’re not making any progress, so I always ask them to tell me where they were 10 years ago. Once they see how far they’ve come, they start seeing how much farther they can go.

9. You have two purposes in life

In my 20s I was impressed by how big your house was, or how much your car cost, or the number of carats in your engagement ring. So succeeding in the world meant being able to show other people I could buy stuff I didn’t really need with money I didn’t really have. But after you figure out your inner purpose, that outer purpose becomes just an optional game (I quit playing). To say that another way, you can have outer riches but inner poverty.