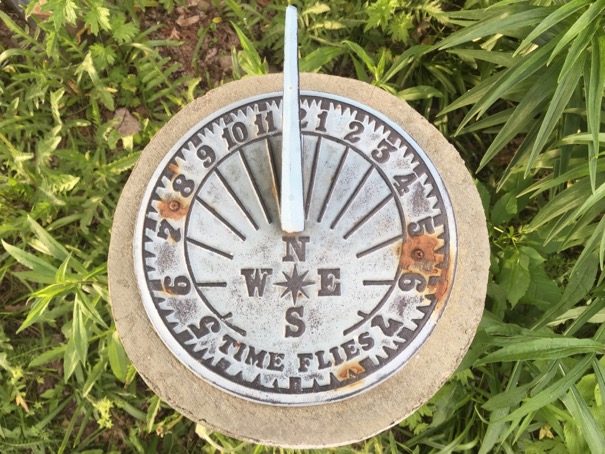 A former coworker asked me, “Why did you decide to stick your neck out there?”

I think he was asking why someone would work eight hours a day, and then drive home to spend the night learning, studying, and writing publicly.

Most people go home and spend five hours in front of the TV.

The reality is we all have 16 hours in a day. You can spend eight hours at your job to pay the bills, and that leaves you eight hours to spend on whatever matters to you.

That’s why people want to be financially independent. You get to spend all your waking hours only doing the things that matter. That causes you to lose track of time, because here we are six years and 193 articles later.

So, whether you’re a new reader or been reading for years, thank you. This website has changed my life. It’s great hearing your success stories, but even better is when you challenge what I say.

Anyways, I wanted to share three little lessons I’ve learned during these last six years. If you’re about to start something new, maybe they can help you.

This website started out as Mr. Everyday Dollar. A pseudonym makes it easy to hide, but eventually you resent the pseudonym because it makes you feel like you’re hiding.

I recently discovered that someone who I’ve been following for years, even financially supporting, hasn’t written on their site for years.

Every article that’s published, every email sent — which uses their signature — isn’t really from them. Maybe it was naive to think they were sitting there writing their own content, but why would you believe otherwise?

I felt mislead, and unsubscribed.

What I’ve learned is that authenticity matters. It matters in real life, and on the internet where it’s easy to hide what’s really going on, it matters even more.

That’s why I’m building this around my own name, and why every article and email is written right here on this keyboard. And always will be.

The second lesson learned is it’s easy to think everything needs to be absolutely perfect before starting something new. This mindset limits your potential life.

In 2001 I started a site about cybersecurity, writing articles and publishing research papers. Eventually I grew tired of it, instead wanting to write about money.

I sat there, just thinking about it, for years. I finally registered a new domain on May 21st, 2012.

For the first three, maybe four years everything was bad. The writing, the site. People would email me just to tell me that.

When I redesigned everything in 2016 developers told me the same thing. That I had the slowest, worst site they’d ever seen.

Who cares, it was good enough. Tens of thousands were reading articles every month, because I was hitting “publish”.

That’s why whenever you’re about to start something new it’s more important to just start. That’s better than just sitting there paralyzed, doing nothing.

Like the saying goes, 80% of success is showing up.

Over time you can slowly, gradually, improve, and you will.

Lastly, if you want to have an impact it’s your obligation to be persistent. To get your work, your message, out there as far and wide as you can.

Want to know a secret about me? I’ve been on the front page of The New York Times and CNBC and CNN and a million other places, but I hate being in the spotlight.

Isn’t that the whole point. To leave this world a little bit better than you found it.

That’s why I tell you about the mistakes I make. You can learn from them. Or why I teach you what I’m learning. To help you become a little bit better, or maybe change the way you look at things.

When you put yourself out there over and over again, while trying to reach more and more people, you expand your impact.

And that’s what I told my friend. That I decided to stick my neck out there because I believed there was this path I chose for my life, and that if I wanted to take this path then there must be other people in the world who wanted to take that path, too.