Now, wouldn’t it be awesome if we consume just a little bit less while we’re here (and spend less money in the process)? I think so, and that’s why I’m happy there’s a movement afoot to move away from consuming through ownership towards a sharing economy where we collectively consume less.

When I was growing up, if my dad wanted to use a floor sander he had to buy one (too expensive), rent one from the hardware store, or if he was lucky, a friend or neighbor owned one that he could borrow. Now, with the internet, it’s easy to connect everyday people that own assets – that mostly sit idle – with the people who want to use them.

This is great for us because we now have a market flooded with goods and services from people like you and me which 1) reduces waste, 2) improves efficiency, 3) drives down the cost of using an asset, and 4) elicits compensation for the use of idle assets.

How can we participate in the sharing economy?

Here’s five ways to use the shared economy and their pioneering websites to your benefit: 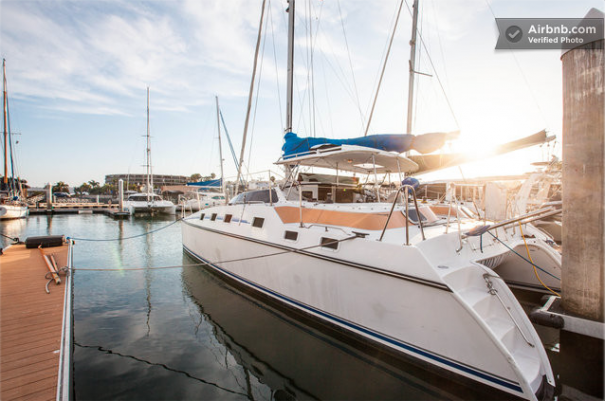 It’s only $55/night to stay on this San Diego Sailboat. And Airbnb offers over 300,000 listings of apartments, homes, castles, and treehouses. It’s clearly the leader in this category with gorgeous photos, plenty of inventory and a simple user interface. For those same reasons, it’s also difficult at times to secure accommodations, especially on short notice.

That’s when I’ve successfully turned to other sites like VRBO (Vacation Rentals By Owner) and HomeAway. While Airbnb will contain listings that may be a spare room in someones house, VRBO and HomeAway are strictly unoccupied homes, condos, or apartments.

Couchsurfing will certainly beat everyone else on price: It’s free. The downside? You only get a couch or air mattress (and no guarantee those are clean!). 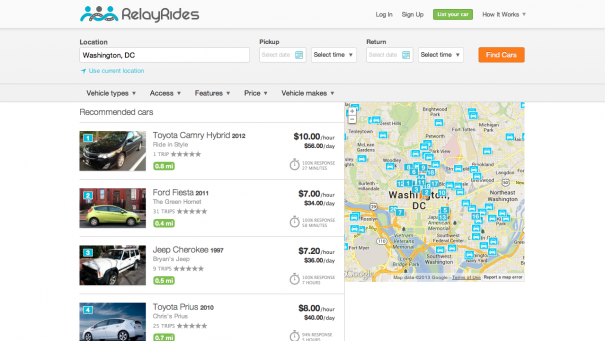 Car-sharing services like Zipcar have provided a viable alternative to car ownership, a convention that many millennials question. While Zipcar owns over 10,000 vehicles as part of their service, it’s a different model than the one deployed by Google-backed RelayRides, which enables people to rent cars from neighbors on an hourly or daily basis.

Among it’s peer-to-peer car sharing competitors like Getaround, RelayRides has the lowest average hourly and daily rate for cars which results in the lowest cost: From $11 (2 hours and 6 miles) to $87 (all day and 292 miles). 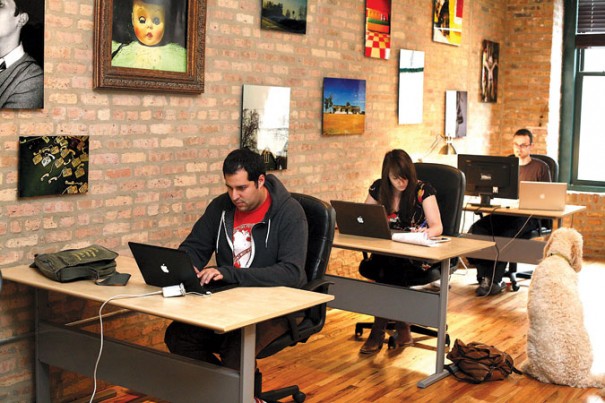 The city of Chicago has a 500 million square feet of commercial space, with up to 15% unused at any time. Whether a company has recently downsized or they are looking to grow, Desktime’s objective is to fill the unused desks and conference rooms by connecting members with workspace.

Flexible hours, communal kitchens and fast WiFi cater to a mobile workforce of independent programmers, freelancers and Internet entrepreneurs with the idea that when creative minds collide in a single place collaboration starts and ideas flourish. 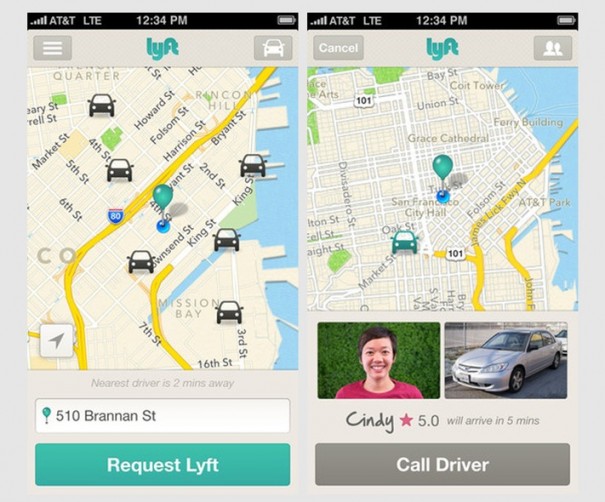 Ride-sharing startups Lyft and SideCar own no cars themselves, instead they connect regular drivers with passengers. Need a ride to the airport or from the bar? Use a smartphone app to request a pick up, then track the driver on a map as they approach your location. While you’re waiting you can view a picture of them, their car, and their rating from previous passengers.

This brilliant idea is not without controversy, as these companies have clashed with government officials that want to regulate them and the taxi companies who have seen their business model threatened by the “high-tech bandit cabs.” The startups insist they’re legit because their drivers aren’t employees but volunteers and rider payment isn’t a mandatory fee but a voluntary “donation.”

The suggested “donation” for these ride-sharing services are typically 20% cheaper. 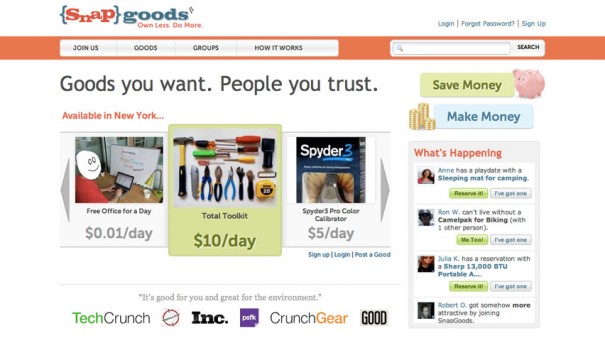 SnapGoods makes it possible for people to borrow goods – everything from professional camera gear to kayaks – from other people in their neighborhood or social network.

Use the site to test an expensive new device before deciding to buy one, to borrow tools for a home improvement project, or to rent camping equipment rather than buying equipment. For people who lend their stuff, it’s a way to make extra money on assets that are gathering dust.