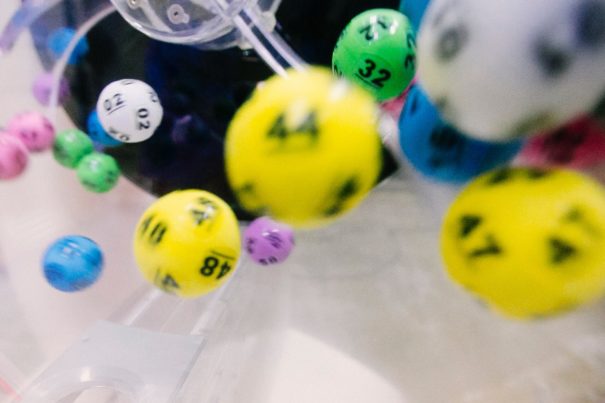 What’s the first thing you’d do if you won the lottery? Like anyone posing with a door-sized check says, “I’m quitting my job!”

That’s why I really admire anyone who loves what they do, who can sit there doing the same thing for half a century, because in reality 85% of people hate their job. So while lottery tickets are one way to escape the rat race, isn’t there a more practical strategy?

Well, I can tell you like 99% of wealth advice can be boiled down to one sentence: Make more than you spend and invest the difference. This well-worn path to the good life is boring and takes forever, but works. I know, because after many years spent investing I had enough money to meet living expenses without working. So yeah, at age 37, I quit.

Three years later I’m convinced this was the right choice. Because time is more precious than money, and what makes you happiest is being engaged in how you spend it.

It’s easy to trick yourself into thinking you work eight hours per day, but let’s do the math.

You wake up early, hop in the shower, get dressed, eat breakfast. You’re in the car at 7:30 for that twice-a-day punishment called rush hour. At the office until 5:00, and then back in the car to make it home by 5:30. That’s 10 hours per day, or 2,500 per year, without adding the evening calls and emails. And if you hate your job, what kind of life is that?

These days, I spend my time eating super clean, lifting weights, meditating, doing yoga. You free the hours to do all the things you know you should do, but don’t have time for.

2. You don’t have to stop learning when you stop working

A common concern people have about leaving the workforce early is their knowledge and skills deteriorating. If they need a job someday they’ll earn less than if they’d just stayed.

But isn’t this only true if you’re the type of person who’s going to sit on the couch all day watching old movies? It’s more likely you’ll be learning, adding knowledge and skills you’d never pursue, which increases your value! And that’s what employers pay for, the value you provide.

The past few years I’ve grown more than ever. I’ve learned to play bridge to sharpen discipline and planning, read stacks of books to upgrade my knowledge, and started writing more to become a better, clearer thinker. How can you possibly be worse off?

3. Being self-sufficient can be deeply satisfying

There’s an article in the New Yorker about billionaires getting laser eye surgery and buying up secret islands because they’re scared the world is going to end.

What they’re seeking is self-sufficiency, but aren’t billionaires the least self-sufficient people on the planet? Do you think they’re changing diapers, getting groceries, ironing shirts, or vacuuming? Ironically, they’d be self-sufficient if they did the chores others do for them.

I’m finding all those meaningless things, like cooking every meal from scratch and cleaning up, deeply satisfying. Why? It’s what makes you self-sufficient.

4. The most valuable network is the one you control

A friend worked at the same company for decades but then got laid off. They were desperate for a paycheck, but didn’t have a network. This is why to switch jobs every few years, in order to expand your connections.

The other way to network is to do things in public, for the public. Years ago I started a website to share what I was noticing about money and investing. Today, there’s pre-built platforms for everything: podcasts, videos, writing, and so on.

What happens is people from around the world — actors, athletes, authors, producers, speakers — eventually find you and introduce themselves. Call them “connections” or “friends”, the point is you’ve built a network you control that no one can take away.

5. It pays to stay invested

The path to getting rich is making more than you spend and investing the difference, and making sure to invest that difference in things producing things.

For instance, what does a chunk of gold produce? You’re just hoping someone else pays more than what you paid, and that person hopes the same thing. On the other hand, an apartment building produces monthly cash flow. Shares of stock, which are part ownership of a business, produce revenue and earnings.

I’ve been in stocks since 2001. Yes, it’s been a roller coaster ride with the dot-com bubble, housing bubble, and global financial crisis. I don’t know if the market will be higher or lower a month or year from now, but I know it’s likely to be significantly higher 20 years from now, and so I stay on the ride.

This was originally posted on Business Insider in August 2018. Re-posting it here for a permanent archive.